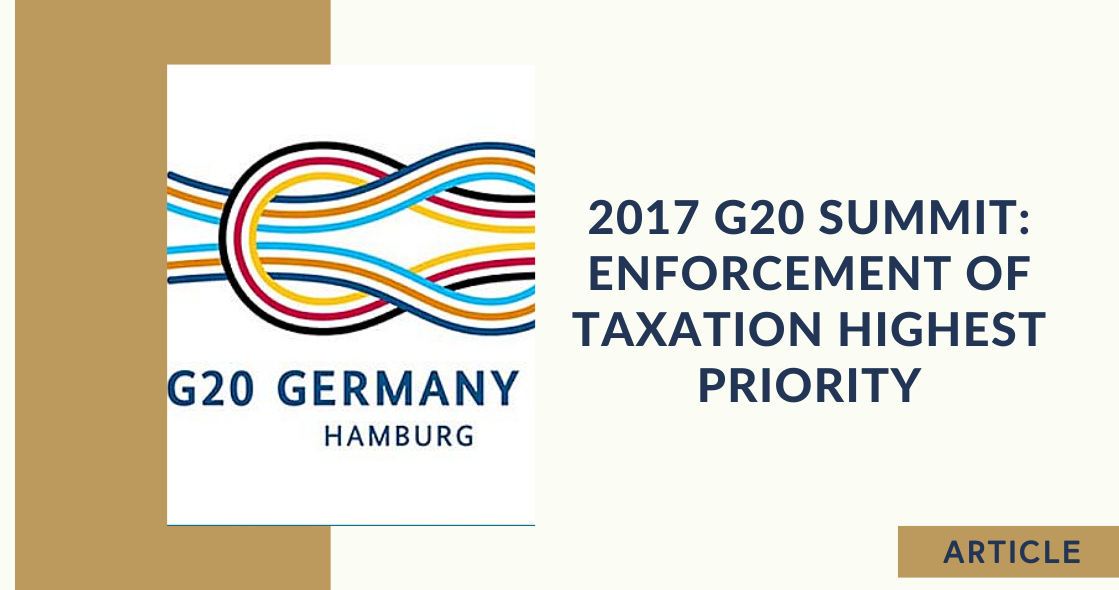 The 2017 G20 leaders’ summit took place in Hamburg last week where the European Commission Council and leaders discussed the priorities and primary projects for the upcoming summit. EC President Jean-Claude Juncker has stated that advancing the global combat against tax evasion is top of the list.

Mr Juncker addressed G20 leaders by giving weight to the recent signing of the BEPS Multilateral Convention to Implement Tax Treaty Related Measures to Prevent Base Erosion and Profit Shifting which he stated was another breakthrough in the project.

Profit-shifting by international conglomerates not only undermine EU tax legislation, but they create an unfair advantage and eliminate trust in the globalisation movement. After pushing global efforts, EU officials expect extensive implementation and collaboration on the established standards of governance.

Referring to the EU’s recent publication of an EU approved blacklist, Mr Juncker explained why having a firm stance on the non-cooperative countries is so imperative, regarding greater tax transparency and several defense measures.

The main goals for the coming year were agreed as being the following:

The OECD Secretary-General also sent the G20 leaders’ records of the universal progress made in tax transparency since last year in 2016. The report stressed the progress that had been made by almost all towards meeting EU standards. A further interim report will also be released in Q1 of 2018 that will discuss more contemporary issues that are occurring the modern tax sector such as transfer pricing and taxation of the digital economy.