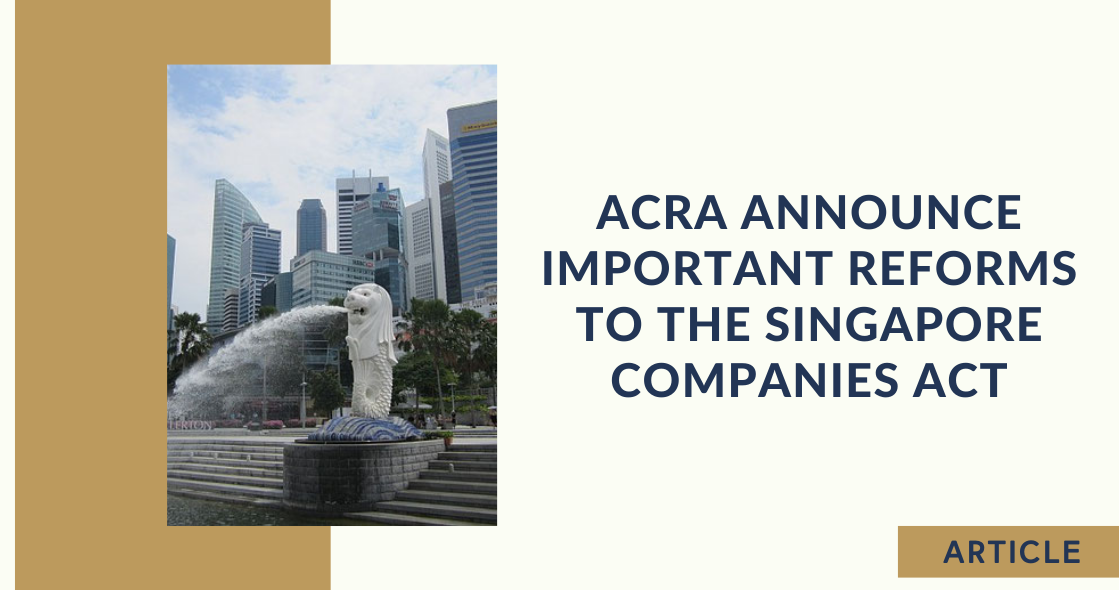 ACRA announced that they will be making legislative changes to the Singapore Companies Act which will be taking effect in two phases; the first phase is effective from the first of July, with the second phase to be implemented in the first Quarter of 2016.

The first phase is effective from the 1st of July 2015 and has two main notable changes:

Currently, an organisation is exempt from having its accounts audited if it is a private company with revenue of $5 million or less per year. This process has been substituted by a new small company concept determining exemption from statutory audit. Notably, a business is no longer required to submit audited statements if it qualifies as a Small Private Company.

A business qualifies as a Small Private Company if:

(a) It is a private company within the current financial year and
(b) It meets 2 of the 3 following criteria for the passed two consecutive financial years:

2) REQUIREMENT FOR AUDITORS OF PUBLIC INTEREST COMPANIES TO OBTAIN CONSENT FROM ACRA BEFORE RESIGNING.

Auditors of public interest companies and their subsidiaries will be required to apply to ACRA for consent of resignation if they wish do so before the end of their term of appointment. The premature resignation of an auditor of a public interest company or their subsidiaries is a serious matter due to the implications of public interest involved. Therefore, approval of such resignations will generally only be granted if there are exceptional situations, such as where the Auditor is no longer capable of performing an audit or where it is impractical for the auditor to continue his contracted appointment.

What does this mean for Auditors?

The new regulations should allow Auditors to have increased flexibility and employment rights, particularly in situations where the company may be refusing to hold a general meeting to find a replacement auditor. Further details on the application process to resign can be found here.

What does this mean for companies?

This will hopefully mean that companies will not be left unfairly with short notice, leaving them unable to continue the processes needed to function effectively or have time to replace and train the new hire, with sufficient training. The requirement for consent will allow ACRA to have increased control, including preventing a resignation where it is necessary for public interest.

The second phase will commence in the first quarter of 2016. It will be reforming the topics as outlined below:

ACRA will release further details regarding the second phase in due course.