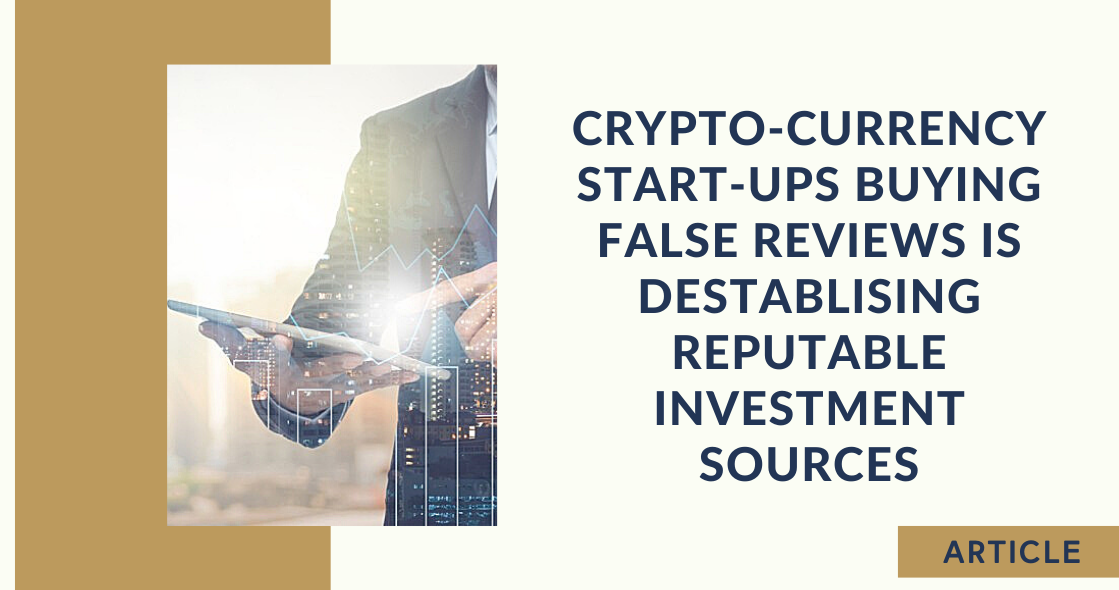 When cryptocurrency issuers want reviews for their coins, reports have surfaced that several prominent companies have been found offering money to advertisers in exchange for positive appraisals.

Earlier this year, it came to light that Brazilian start-up Mooncoin identified a list of social media personalities they thought could help them promote their new coin in the form of investment reviews. One of them was Simon Browne, an investment Youtuber with a channel of over 300,000 subscribers that Mooncoin reportedly paid USD $8,000 to endorse. After describing the coin as having “unlimited potential and being a huge investment opportunity” Mooncoin’s value rose, before infamously dropping by over 76% to 26 cents.

Commentators who watched the events unfold have publicly condemned the company’s payment to Browne and have labelled other YouTube reviewers as being immoral. Positive video reviews for any product, (especially ones condoning investment ventures!) should always be clearly transparent and only be carried out if the reviewer has legitimately traded with it and genuinely believes in it.

The cryptocurrency world hit new levels of popularity towards the end of last year, when the coin with the largest market share Bitcoin dropped by 70%, the hype around it didn’t subside, much to banker’s disappointment. The total value of all virtual coins is now about USD $400 billion, up from about USD $212 billion at the start of 2017.

Social media-influencer marketing has become common on social media, and with it a growing concern whereby buyers can be seemingly unaware of a conflict of interest between the promotor and company. However, with cryptocurrencies & blockchain marketing, authorities worldwide are implementing stricter regulations.

Back in 2017, SEC (US Securities & Exchange Commission) issued a public statement cautioning against the advertisement of online fundraisers known as initial coin offerings (ICOs) “Any public figure or otherwise that promotes the use and trading of ICOs and similar securities must disclose the following details in exchange for the promotion:

Failure to do so is a violation of advertisement provisions regarding federal securities laws, and perpetrators may be found guilty of misrepresentation or fraud.”

The issue here is not lack of attempted regulation, rather, experts questioned the vagueness surrounding the term “ICOs and other securities”. Which has been found to be rather broad. Online promotion in the US didn’t show signs of stopping in 2018: there are now over 2,000 cryptocurrencies on the market ready for trading, all promising the same lavish benefits to potential investors. The vagueness of new legislation for virtual currencies has left investors vulnerable to propaganda and immoral advice.

IS LACK OF LEGISLATION IN THE CRYPTO-INDUSTRY THE PROBLEM?

Perhaps the industry doesn’t need to be better regulated, rather than penalising dishonest reviews, why not improve the source of credible information? There are a number of websites available to rate and list ICOs on the global market imitating the style of traditional Wall Street firms. A non-profit organsiation that doesn’t accept money in return for rankings would be the answer to providing a more secure future for ICOs and crypto-currency investors.