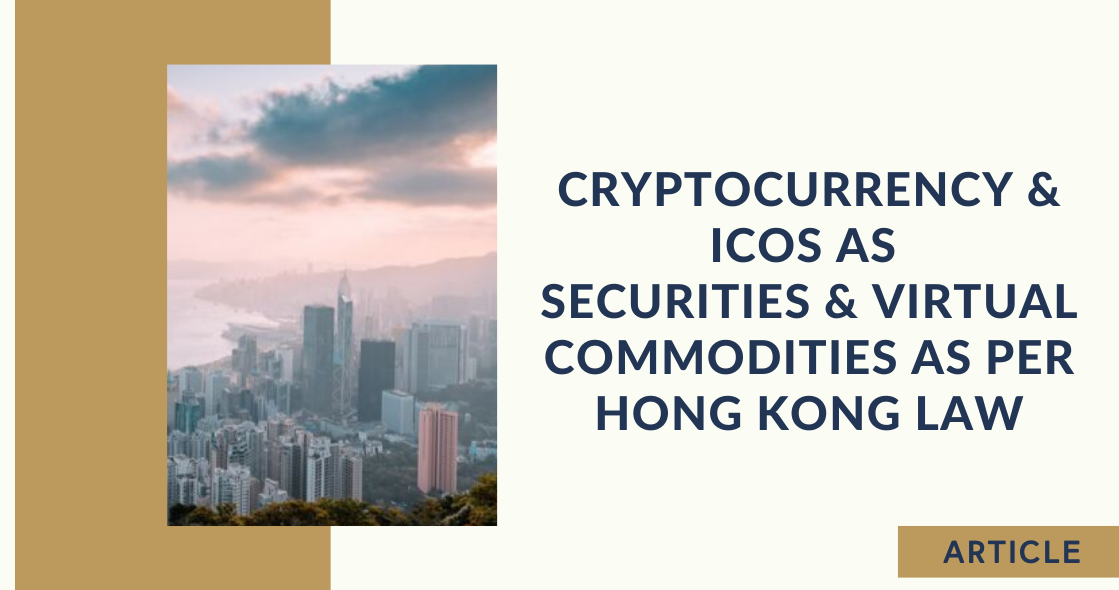 The Hong Kong Securities and Futures Commission has remarked upon the growth and popularity of Initial Coin Offerings (ICOs) for raising money not only in Hong Kong but other Asian countries. This article confirms and explains how digital tokens that are offered or sold may be defined as “securities” and as such are therefore governed by the relevant securities legislation of Hong Kong.

The Offering or Selling of Securities

ICOs characteristically include the process used to issue electronic keys or tokens that have been created to enter the online system via the registry or distributed block-chain technology (a distributed storage of accurate records). The ICO operator schemes can promise buyers of digital tokens that the profit from the initial investment will be used to fund the development of an electronic platform or any related software that will subsequently be used by digital token holders. Some token holders hope to recover their investments by exchanging them for cryptocurrencies. Whilst digital tokens are considered to be a “virtual commodity”, the Commission notes that in certain cases they have some features that classify them as “securities”.

Digital tokens in an ICO can be regarded as forming equitable interests or ownership rights, in cases where they represent the portion of capital or interest in the corporation. Token holders are also given shareholder rights, for example, rights over dividends and shares, including the right to participate in the distribution of surplus assets upon the liquidation of the company.

In instances where digital tokens are used to create or acknowledge a debt or obligation of the issuer, they can be considered as a debenture respectively. If tokens are managed collectively, they can be classified as income from participating in a specific investment. Similarly, this process can be called a “Collective Investment Scheme” or CIS.

Shares, debentures and interests within a Collective Investment Scheme can all be regarded as securities.

Where digital tokens that are represented in an ICO fall under the term “securities”, the activities associated with such digital tokens, and the managing or marketing a fund for investing in such tokens can form a “regulated activity”. Parties involved in these regulated activities are required to be licensed of registered as such, even if they are not Hong Kong residents.

As the circumstances of the use of primary suggestions of the token may vary in different situations, the parties involved in ICO trading activities are recommended to seek professional help on the issues of legislative regulation of such activities before making an investment. Contact us for more help.