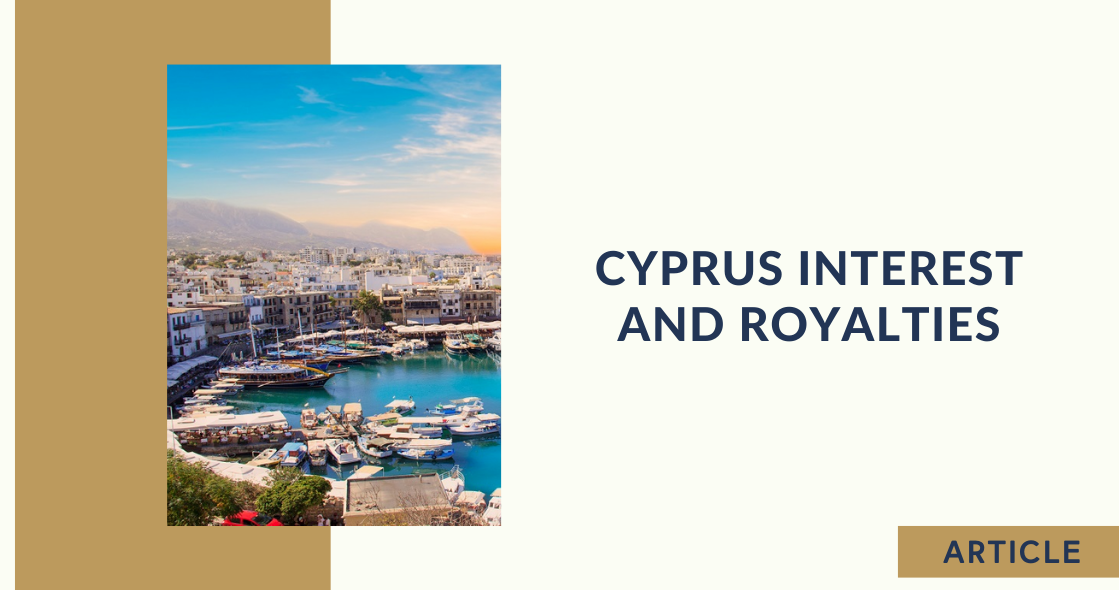 In 2012 the new legislation for the taxation of income from intangible property was introduced (named the IP Box regime). According to the new regime in calculating the profit which would be subject to corporation tax, a deemed deduction is granted, representing 80% of profits after the deduction of all direct cost including:

The provision of the IP Box regime are not applicable in cases of back to back licensing arrangements. Therefore if a Company licences a right from Bermuda and pays €100 in royalties and then it sub-licences this to Russia for €110, it will be taxed on €10.

Interest income received, which is recognised on an accruals basis by Cypriot tax resident companies, is subject to corporation tax (12.5%) at the ordinary corporate tax rate, provided such income is considered to be generated in the “ordinary conducting of a business or is considered closely connected thereto”. All other interest income is subject to Special Difference at the rate of 30%.

The legislation for taxation of interest also includes the provisions for the Back to Back loans regulations.

The following are the conditions to be met for the loans to be considered as back to back loans:

The profits margins acceptable by the tax authorities for back to back loans are as follows:

In recent years tax structures were used, whereby a Company from a zero tax country (i.e. BVI) was used in order to significantly reduce the tax exposure on the Cypriot Company in Cyprus. For example:

Under the above structure the Russian Company is paying royalties (excluding withholding tax) to the Cypriot Company, which in turns pays royalties to the BVI Company, thus reducing the tax exposure of the Cyprus Company. This structure is no longer accepted, as it could be said that the Cypriot company is not the beneficial owner of the royalties, and therefore the treaty between Cyprus and the BVI will not apply, and withholding tax will be paid.

Recently in Russia the Ministry of Finance directly denied treaty benefits to Eurobond loan structures interest in the context of the Russia – Ireland Double Tax Treaty, because of the beneficial ownership provision.

Please note that more efficient structures can be set up, which will avoid those provision.