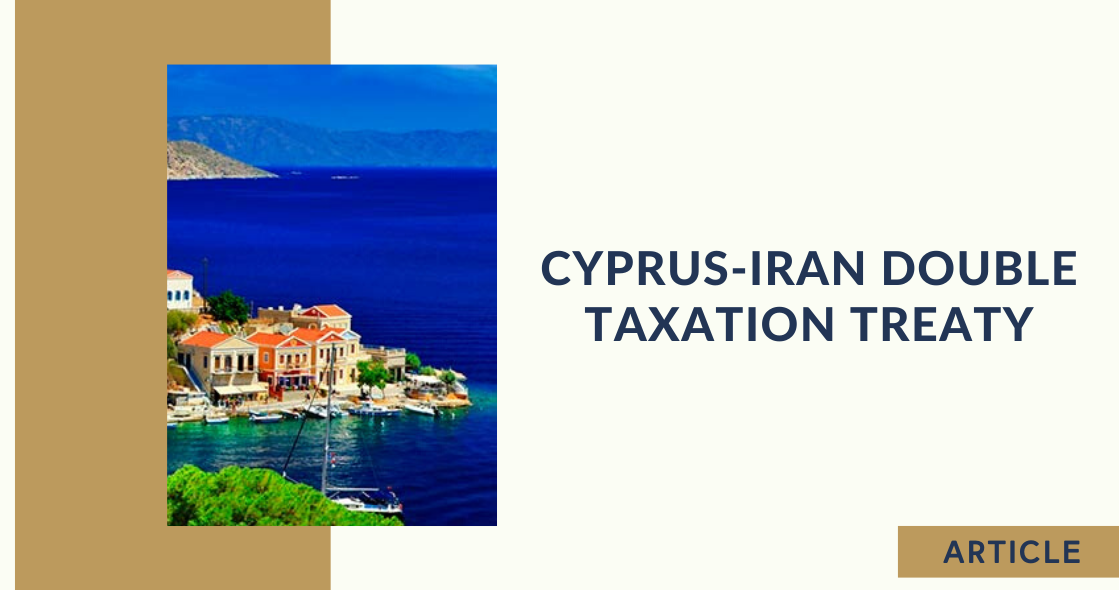 On the 4th of August, 2015 Cyprus and Iran signed a Double Tax Treaty agreement during an official visit of the Iranian Finance Minister in Cyprus is hoped to strengthen and develop the economic relations and allow for the expansion of investment and business opportunities between Iran and Cyprus.

This agreement was decided three weeks after world powers reached a deal on Iran`s nuclear activity to begin removing global sanctions between Iran and Europe.

The new agreement opens up new business prospects for the expansion and progression of the Cyprus network of Double Taxation Agreements, which is of high political and economic importance and aims to further strengthen and attract foreign investment between Iran and Cyprus.

The DTT is based on the OECD Model and is expected to enter into force on the 1st of January 2016, following the official date of the approval by both countries.

Why incorporate in Cyprus?

Cyprus has been a member of the European Union since 2004, and a member of the Eurozone since 2008 and already assumed on successful term of the EU presidency throughout 2012. The geographic location of Cyprus, connecting Europe to Africa, the Middle East and Asia naturally make the island a hub for business and trading.

In the last few decades, Cyprus has established itself as a reputable and trustworthy financial centre complemented by an advanced legal, accounting and banking system, highly skilled and multi-lingual workforce, excellent telecommunication systems and convenient year round flight and connections.