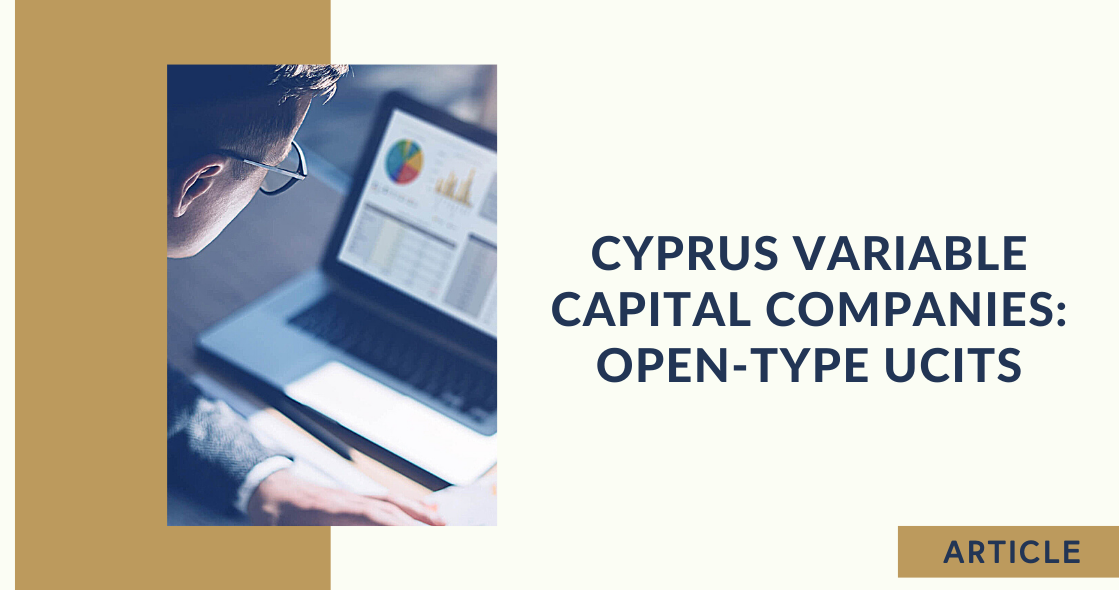 There are two types of VCCs in Cyprus; UCITS which we will discuss in the following article, and AIFS.

Open-Type Undertakings for the Collective Investment  in Transferable Securities (UCITS):

A. MAIN CHARACTERISTICS OF A PRIVATE COMPANY LIMITED BY SHARES:

When two (2) or more persons own one (1) or more shares in common then, for the purposes of the calculation of the number of the Company’s members, they are considered as one member.

B. MAIN CHARACTERISTICS OF THE VARIABLE CAPITAL UCITS – LAW 78(I)/2012

GENERAL CHARACTERISTICS OF A UCITS:

The Management Company of a UCITS constituted as a Common Fund shall further communicate the following information to CySEC for approval:

Furthermore, in the case where a Variable Capital Investment Company has not designated a Management Company, CySEC will grant a license of operation only where it is satisfied that:

D. OTHER KEY INFORMATION RELEVANT TO VCCS UNDER UCITS LAW: