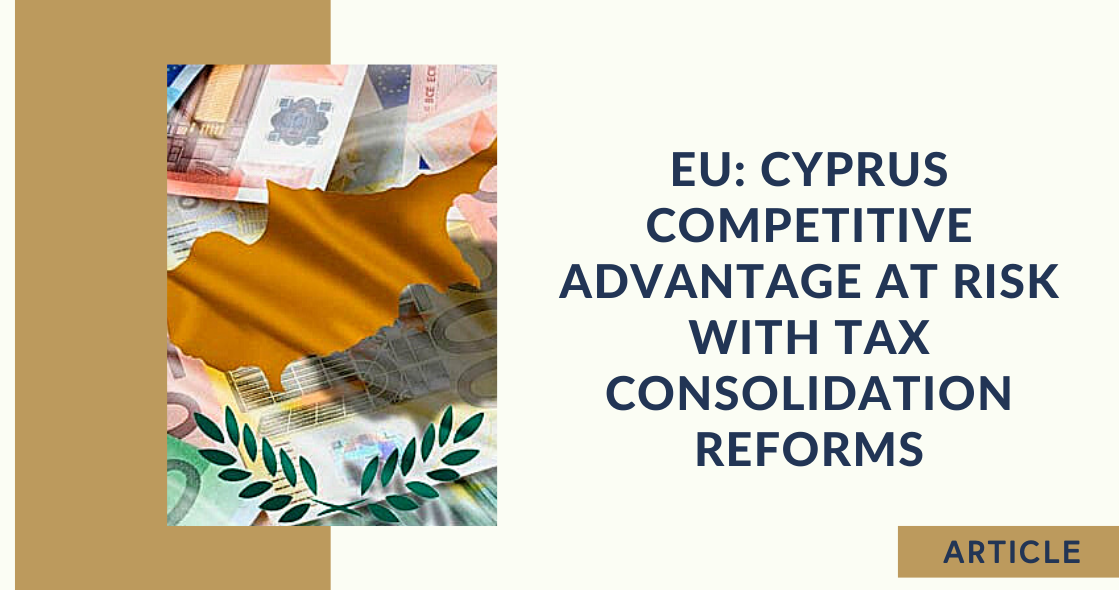 Cyprus is likely to have repercussions as a result of Jean-Claude Juncker ’s favouring of a relaxation in EU regulation formation and monitoring schemes, reinforced by qualified majorities on matters including the additional synchronisation of blanket taxation rates across Europe.

Mr Juncker delivered his state speech for the European Parliament late last year stated that clauses and articles in the current treaties allow a move from voting unanimity to “qualified majority voting” in certain areas of law, as long as all heads of state or government are in consent.

Moving to qualified majority voting for decisions is favoured on the common consolidated corporate tax base regarding the following areas of discussion:

The suggestion is nothing new to the EC, as it recently passed proposal bills for a common corporate tax base (CCTB) and a consolidated common corporate tax base (CCCTB). As Cyprus, which taxes corporate profits at 13% currently has one of the lowest rates within the EU, is poised in a position of advantage for the business services sector on the island compared to other business taxation rates with other member states.

Other member states, also expressed reservations about the harmonisation of tax rates in the past, including Luxembourg, Ireland and the UK, which last year decided to leave the EU, potentially further weakening resistance to the CCTB and CCCTB programs.

“The discussions on a common consolidated corporate tax base should serve as a warning for us in order to start planning how to diversify our economy which to a great extent is currently relying on services,” said Andreas Asiotis, Hellenic Bank’s Vice President.

Key reforms agreed with international creditors, however yet to be implemented include:

Bank of Cyprus’s economic research division, Ioannis Tirkides stated that “The new minister should coordinate all EU financial instruments that can be deployed when a member state is in a recession or hit by a fundamental crisis”. Nevertheless, the focus for EU member states will be on reforming following the completion of the election cycle after Italy elect a new parliament before May 2018.

“Hypothetically speaking, I am in favour of European integration” stated Mr Asiotis, adding that the process should stop further widening the gap among member states and undermining their competitive advantages.