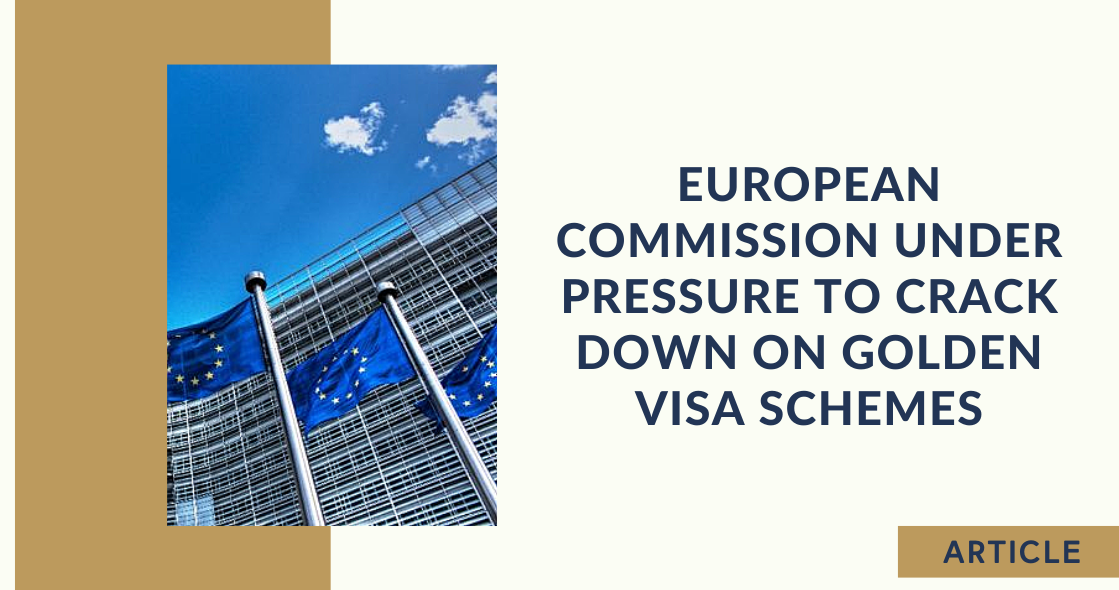 European commission under pressure to crack down on Golden Visa schemes

Berlin-based non-governmental organisation Transparency International are putting pressure on the European Commission to create plans to allow for reporting and full disclosure of all passport schemes of member states that allow foreign investors to acquire either EU citizenship or residence permit.

Programmes seen to be rewarding investors with residence permit and citizenship are vulnerable to abuse, undermine fight against corruption in Europe and increase the risk of money laundering. “Transparency International is calling on the EU to closely monitor these schemes and act in order to maintain the integrity of European borders against the corrupt and their assets” the anti-corruption overseer said in a statement on its website last week.

The EC will thoroughly examine national schemes, based on local legislation, while adhering to European law, the Cyprus News Agency reported hours later citing the European Commission’s spokespersons thoughts on the matter. Due to the close association between national and European citizenship, the EC is also observing them meticulously and is in close dialogue with all member states regarding reporting and transparency.

The European Commission have been asked to proceed with caution in light of recent revelations and ensure that appropriate oversight is carried out for the programmes to continue as they are doing. Transparency International who went on to voice concerns about such schemes allowing influential businessmen close to Russian President Vladimir Putin and his precursor Boris Yeltsin as well as members of Angola’s corrupt government officials to benefit.