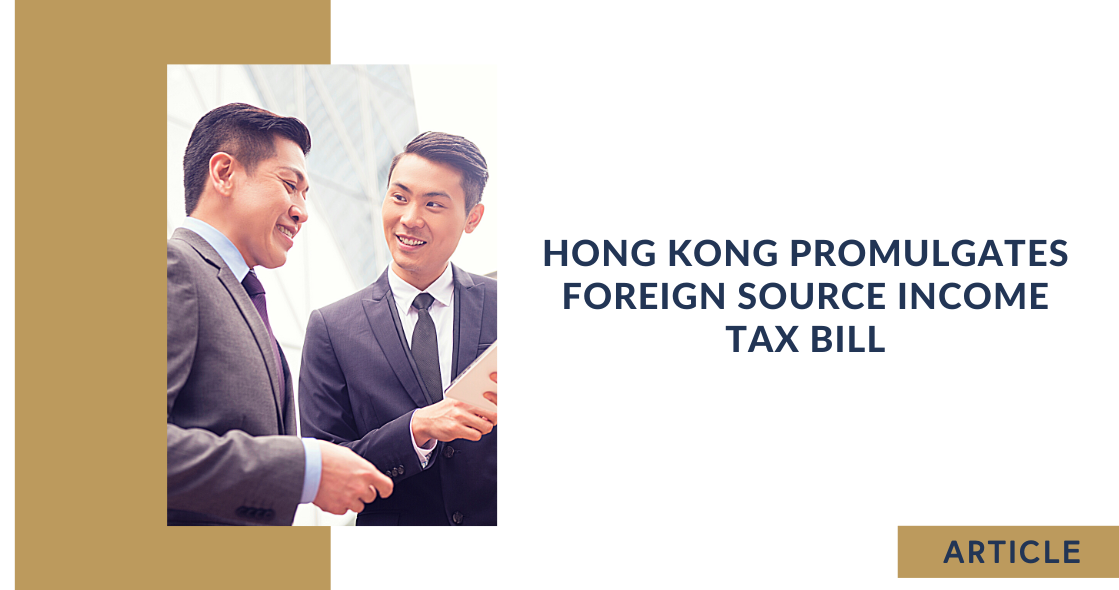 The Hong Kong government has published significant changes to its tax laws over four decades in its Official Gazette. These amendments introduced a tax on the profits of multinational enterprises from foreign sources, which is currently not taxed.

Amendments to the Internal Revenue Service Bill 2022 to tax certain types of foreign-source income come in response to pressure from the European Union, which is concerned that multinational enterprises (MNEs) may use Hong Kong's territorial taxation principle to take advantage of the absence of double taxation of specific types of passive income. The EU believes that such a territorial system contributes to the erosion of the tax base of some EU member states. The new bill results from negotiations held by the Hong Kong government with the EU to avoid including the state in the list of jurisdictions that do not cooperate on tax issues.

According to law firm Deacons, the law will change how multinational companies do business in Hong Kong and the principles considered core features of its tax code. Most importantly, dividends and capital gains arising from the disposal of equity interests will be taxed when received in Hong Kong by Hong Kong multinational corporations, as well as interest and royalties.

“This is a paradigm shift from the long-standing features of Hong Kong revenue law, which will require careful analysis and, if necessary, restructuring of the Hong Kong operations of groups and businesses operating in multiple jurisdictions,” commented Stefano Mariani, partner at Deacons.

The new regime does not apply to foreign dividends and sales proceeds if the receiving MNE satisfies the substance requirement. For example, this may be the case if the entity is a net-worth company whose sole activity is equity holdings and which receives only dividends and profits from the sale. Hence, it requires only a minimum staff and premises in Hong Kong.

However, an organisation is not such a company if it conducts activities that involve making strategic decisions when dealing with its assets and taking on the corresponding risks. In this case, to meet the economic substance requirement, it will have to employ a sufficient number of qualified employees and incur an adequate amount of operating expenses in Hong Kong related to its established economic activity. The Department of the Hong Kong Revenue Authority issues legally binding opinions free of charge on whether the requirement of economic substance is met on a case-by-case basis.

The exemption from the new regime is also granted exclusively to domestic companies and groups that are resident only in Hong Kong and do not have incorporated companies or permanent establishments elsewhere. In addition, banks, charities, non-profit organisations, pension schemes, widespread collective investment schemes and investment funds, and real estate investment companies that are the ultimate parent of multinational companies are also exempt.

If you have any questions regarding various aspects of doing business in Hong Kong, don't hesitate to contact our company's specialists through any of the communication channels indicated on the website. We work quickly, professionally, and confidentially. We are waiting for your requests!