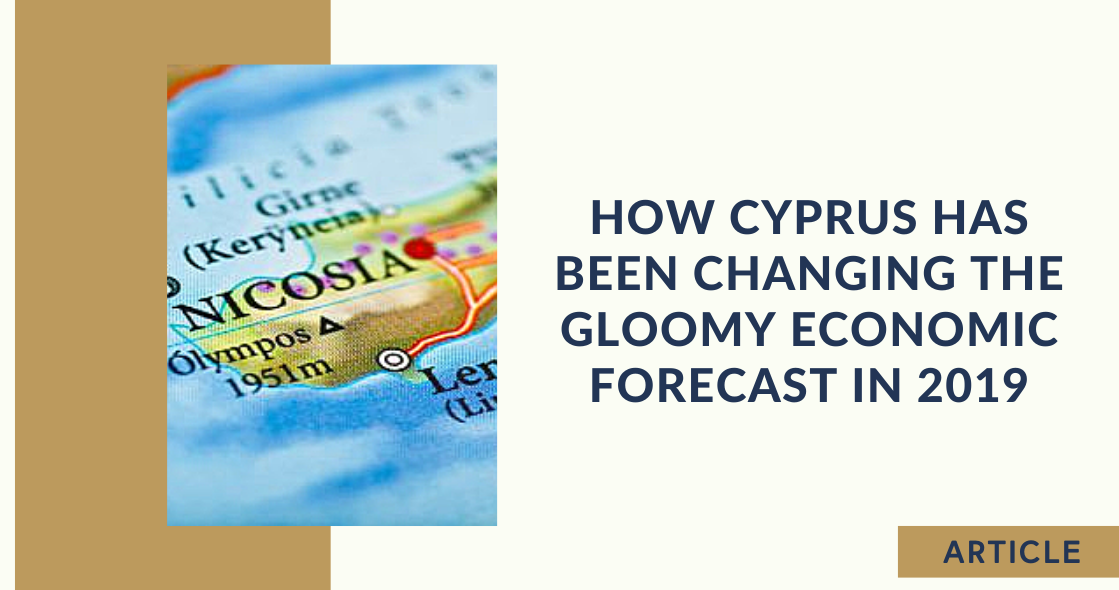 How Cyprus has been changing the gloomy economic forecast in 2019

Recently, the Cyprus economy has seen relatively steady growth rates and booming tourism levels over the last few years. The relatively high increase of GDP can be attributed to a number of factors: declining official unemployment rates; surplus government funds and the raising of large financial deals in international markets.

However, even without such considerable decline in the main drivers of economic growth, Cyprus faces major problems in harnessing its potential to generate equitable growth in the long run. The Cyprus government has also amplified inequalities but has put itself in a position where it is incapable to undertake policies to reduce inequalities and productively manage the large debts.

Additionally, uncharacteristically low revenue has made it difficult for the government to repay the considerable public debt using surplus funds, and instead has been borrowing amounts within international markets just to carry the debt over which now makes up 102% of GDP (as of August 2019).

In addition to gaining substantial revenue from seriously combatting tax evasion the government needs to increase the progressivity of the income tax system and reintroduce a progressive property tax more in line with other EU members.

This would also give the government greater fiscal space to provide households with the high-quality public goods and to carry out real development expenditures so that most residents can enjoy a level of living more in line with an advanced EU standard.

Policies with regard to the extension and management of private debt have been largely unproductive. In many cases, debts of the rich and powerful including the church have been reduced by exchanges of over-valued property for debt write-offs and the rescheduling of debt repayments on very generous terms.

In contrast, many small companies and start-ups have not had their loans rescheduled towards a productive realistic payment plan; and like the majority of defaulted households continue to be caught up in debt obligations that exceed their income.

In a previous article it was pointed out that the least wealthy 19% of indebted households in Cyprus required an estimated 62% of their income to meet their monthly debt repayments in 2018.

The ESTIA proposal which intended to support moderately wealthier borrowers (who have a likelier probability of repayment) was decided to not be implemented. Meanwhile, loans for poorer households (those with disposable household incomes below EUR €20,000) will be written-off.

For households with higher annual incomes, but not above EUR €50,000 there should be a partial writing-off of loans. And for clear cases of strategic debt defaulting, the honouring of loan contracts will be enforced with penalties for non-compliance.

Experts are assuring that fundamentally, the increased repayments from debt defaulters is turning out to be more than related bank provisions for losses, and will be sufficient to largely cover bank losses from the loan write-offs for low income households.

Although reducing inequality and private sector debt can help advance the growth rate, the key drivers and pattern of economic growth are also being reformed to allow more prosperous employment opportunities for graduates. And as real economic development results from investments in economically viable projects it is productive investments that will be the key driver of growth for Cyprus.

EU funds can easily be allocated to development and research institutes around Cyprus universities; by enhancing the level of education will deploy these skills into highly educated Cypriots who in turn will strengthen the workforce at entry level. Tourism will continue to be a leading sector and investments are going to be made in facilities and marketing to attract more elderly and culturally oriented tourists to Cyprus during the winter and off-peak months.