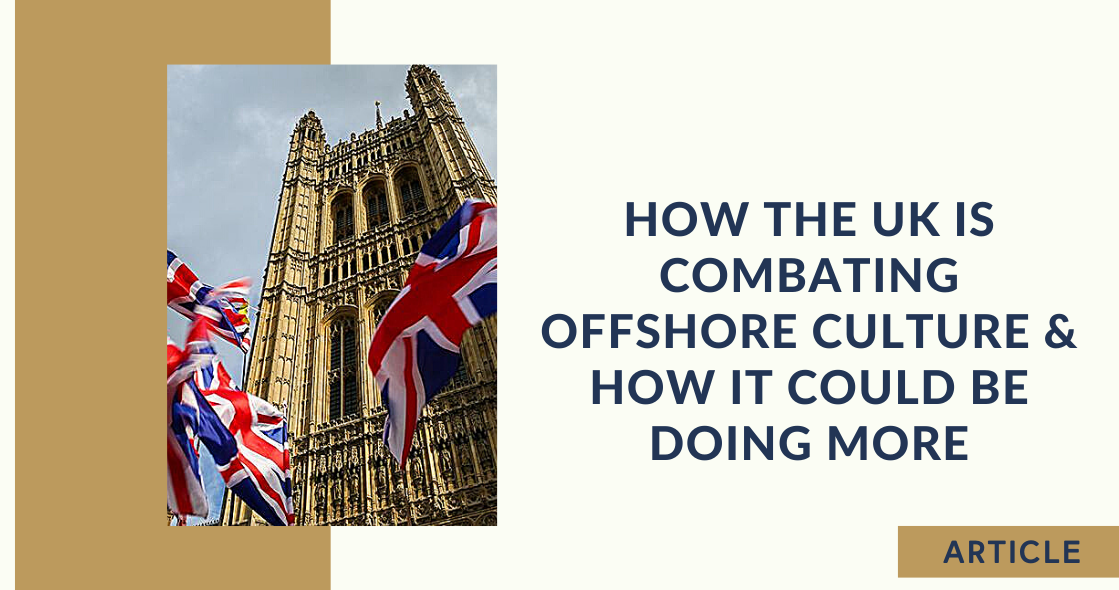 Typical tax haven destinations such as BVI, Jersey and Switzerland have always been in the spotlight from profiting off of helping clients circumvent legislation in their jurisdiction of residence for decades.

While campaigners angrily protest the robbery of billions of pounds from developing nations by exposing them in press leaks; the HSBC records, the Panama & Paradise Papers; and the Swiss Leaks all paved a public observation that overseas financial centres existed to help high net worth individuals dodge their obligations to the rest of us, and governments have queued up to punish them. In May, when the UK government voted to force transparency on its colonies and former colonies, it was just the latest blow to the offshore havens.

This concerted campaign has threatened the stereotypical tax haven business model. Since Swiss banks were forced to open up by the US Department of Justice in 2010, their share of the world’s offshore wealth has dropped from almost half to less than a third. In the BVI, UK investigators now have access to corporate ownership data, and the number of new companies created annually has fallen by more than 50% since 2012. Jersey’s banking sector has dropped in size by almost half since its boom in 2007.

Tax havens have helped the world’s richest and most influential keep an uneven piece of the pie of globalisation, by concealing how much they actually own from the world. This, sequentially, has instilled distrust in democracy and capitalism on a global scale.

The UKs largest-ever tax fraud case saw 5 individuals reprimanded last year for attempting to cheat the Treasury out of £107m in tax involved Nevis-incorporated companies, which were helping to conceal the fraudsters identity. The family of a former president of Taiwan also used a Nevis trust to conceal its ownership of immorally acquired US property.

In theory, it has always been possible to find out who a UK company’s shareholders are, but up until lately a loophole has been discovered. If a company was owned overseas, shareholders could preserve their anonymity. To overcome this, in 2016, the government introduced an obligatory disclosure of PSC (persons with significant control) for all UK companies.

While the new system may be flawed, not least because the UK Companies House doesn’t cross-check any new data entered, however it’s another step towards complete transparency, and part of the UK’s promise to stop companies under its direct or indirect jurisdiction being used to enable tax dodging.

The new UK law requiring disclosure of true owners is useless if that ownership can just be hidden in Nevis. And this is why Nevis-controlled, UK-registered companies, whose ownership is uncertain, have been involved in many of the enormous eastern European money-laundering cheats mutually known as the “laundromats”, which have moved tens of billions of dollars out of Russia, Ukraine & other CIS countries.