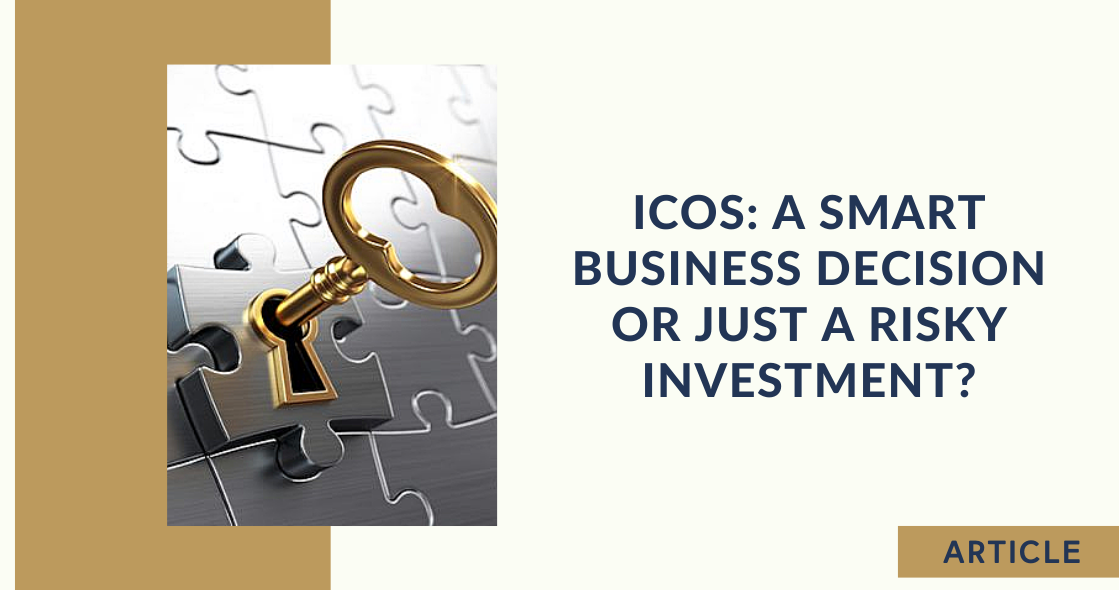 ICOs: A Smart Business Decision or Just a Risky Investment?

There are many financial experts voicing their concerns over ICOs being too much of a risky investment, however should we be so quick to dismiss ICOs as a legitimate vehicle? ICOs can be used as a substitute for Venture Capital funding due to parallels in the phase of company’s lifespan and risk profiles, which give potential opportunities for future start-ups and companies.

The key function of the Venture Capital industry is funding start-ups, a large percentage of which have to file for liquidation. While it may be a high-risk business, the few successful companies have gone onto be billion-dollar ventures with the likes of Google, Facebook and Amazon being 3 of the most notable.

Famously, SoftBank’s USD $20 million Venture Capital investment in the start-up named Alibaba back in 1999 saw profit skyrocket to over USD $55 B at its Initial Public Offering over a decade later boasting an impressive 300.000% ROI.

WHAT ARE THE RISKS ASSOCIATED WITH ICOS?

As billions of dollars have poured into ICOs, the venture has attracted a number of novice investors to enter the ICO sphere. So naturally fraudsters and criminals have found new opportunities to exploit naïve investors. According to a recent survey, officials most commonly identified ICOs and cryptocurrencies as high-risk investment vehicles so it may be a subjective choice based on the individual investor themselves. We would suggest an alternative, less high risk venture in the form of Initial Public Offerings, click to read more.

Setting aside the apparent drawbacks and risks associated with ICOs; cryptocurrencies have nevertheless been taking advances in technology by storm, with a constant stream of news citing exceptional returns, and hundreds of promising crypto-related products, the tech development benefits alone cannot be ignored.