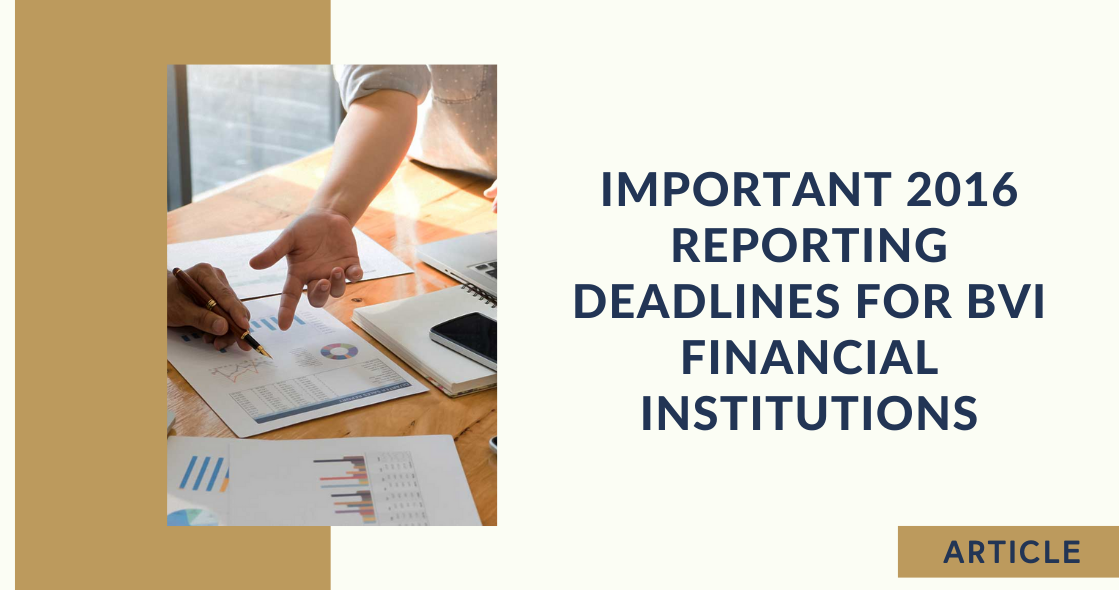 Officials from the British Virgin Islands have come together to clarify various filing deadlines as per the automatic exchange of information systems in a press release.

From May the 2nd 2016, all BVI Reporting Financial Institutions will have to enroll and carry out filings in accordance with UK FATCA and the BVI Financial Account Reporting System (BVIFARS). They also announced an extension of the UK FATCA enrolment and reporting deadlines to:

(a)  Enrollment with the BVI International Tax Authority has been extended from April 1st 2016 to June 10th 2016; and

BVI companies that have already enrolled in the BVIFARS for US FATCA reasons will not be required to enroll again for the UK FATCA, however will need to complete a form stating a change of reporting obligations.

The BVI government also issued a separate reminder that the annual reporting returns for US FATCA must be submitted by May 31st 2016.  Additionally, it was noted that information from 2014 may still be accepted without incurring penalties, because an extension has been given by the US government for the period for reporting 2014 accounts.  Any BVI company that did not already enroll in BVIFARS should note that the deadline is on April 30th 2016.

The BVI government has also advised that financial institutions that have reporting obligations under CRS for the 2016 must notify the International Tax Authority before April 30th 2017 and the obligatory reporting will have to be commenced by May 31st 2017.

The UK has announced that, for 2016 accounts, both UK CDOT and CRS will be fully operational for all Overseas Territories & Crown Dependencies after uncertainty about whether UK FATCA would continue in 2016, since both the UK and BVI are early adopters of the Common Reporting Standard.

As a result, BVI Financial Institutions will need to report on any pre-existing individual accounts with a small balance of UK tax residents for 2016 as per UK CDOT and will not be able to rely on the second deadline for finalising their due diligence requirements on such accounts as per the Common Reporting Standard.  There are predictions that UK FATCA will be phased out for the 2017 fiscal year.