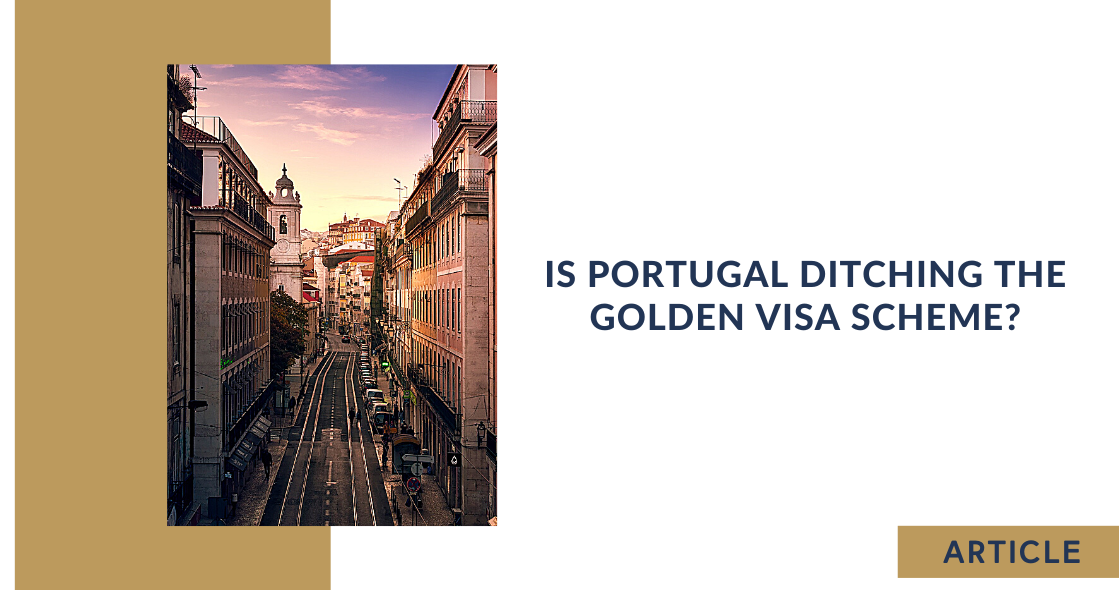 According to Reuters, he explained that the program has "fulfilled its role" in the ten years it has been in use.

The scheme, dubbed "Obtaining a residence permit in connection with the implementation of investment activities", is intended for citizens from countries outside the EU and allows them to obtain residence rights in exchange for investments in the local real estate sector or economy.

Portugal tightened the minimum requirements under the program in November 2021. To meet them, individuals need to make investments in the amount of:

The golden visa scheme has been heavily criticised for causing the cost of renting and buying local property to skyrocket and for the intervention of the European Commission (EC) to call for such schemes to be abandoned.

Since the scheme's inception, Portugal has attracted €6.5 billion in investment from foreign nationals, mainly from China, Brazil and South Africa, with most of the money invested in real estate.

The scheme is also attractive for US expats, and demand has grown so much that international consulting company Blacktower Financial Management recently decided to open an office for Americans who wish to relocate to Portugal.

Mr Costa added that the scheme was just one of several visa programs the country is currently reviewing.

"The EU is putting increasing pressure on some member states to change their residency visa programs, and the golden visa is a prime example. For Portugal, the golden visa scheme has been impressively successful, but its requirements have recently been amended."

"As Portugal becomes more popular with expats and provides much-needed income, it will be interesting to see what changes will happen in the future."

Jason Porter, director of business development at Blevins Franks, commented: "In many ways, Portugal's golden visa scheme has operated to the detriment of several years. The rapid growth in development in the Algarve, Lisbon, Porto and the Silver Coast was supposed to increase employment and income through paying local taxes. Still, these areas have already seen a significant increase in property prices. This factor and the continued increase in demand for golden visas means that local residents still cannot afford to buy housing in these areas."

“The combination of golden visa benefits, unfamiliar 10-year tax incentives for residents, and a relatively lenient tax regime have always led to runaway property prices, making it unaffordable for the local population.”

“The changes made at the beginning of 2022 are probably unlikely to be satisfactory to the European Commission, which always suggests a link between these schemes and tax evasion.”

“The real estate restrictions imposed in February 2022 may have led to such a significant reduction in investment that there was little point in not closing the scheme. In essence, the Portuguese government may decide to appease the EU, which is now likely to be a small cost for the Portuguese economy .”

Sovereign Group spokesman noted that such steps are not surprising. “The EU has been putting pressure on Portugal for some time, and although this indicates that change is coming, certain conditions are likely to be considered. For example, there is an increase in the number of days of stay in the country, higher levels of required investment, EU control over applicants, and possible limits on the number of golden visas issued.

“None of this has yet been brought up for discussion; these are just some of the assumptions of professionals in the field. However, if we analyse other similar programs worldwide, such changes are typical.

"Portugal is opening additional channels for obtaining visas and encouraging the influx of qualified professionals and a constant influx of foreign direct investment to strengthen the country's economy. Therefore, such new changes will be positive for the country."

If you need advice on obtaining a residence permit or citizenship, do not hesitate to contact the specialists of our company. We are waiting for your requests!