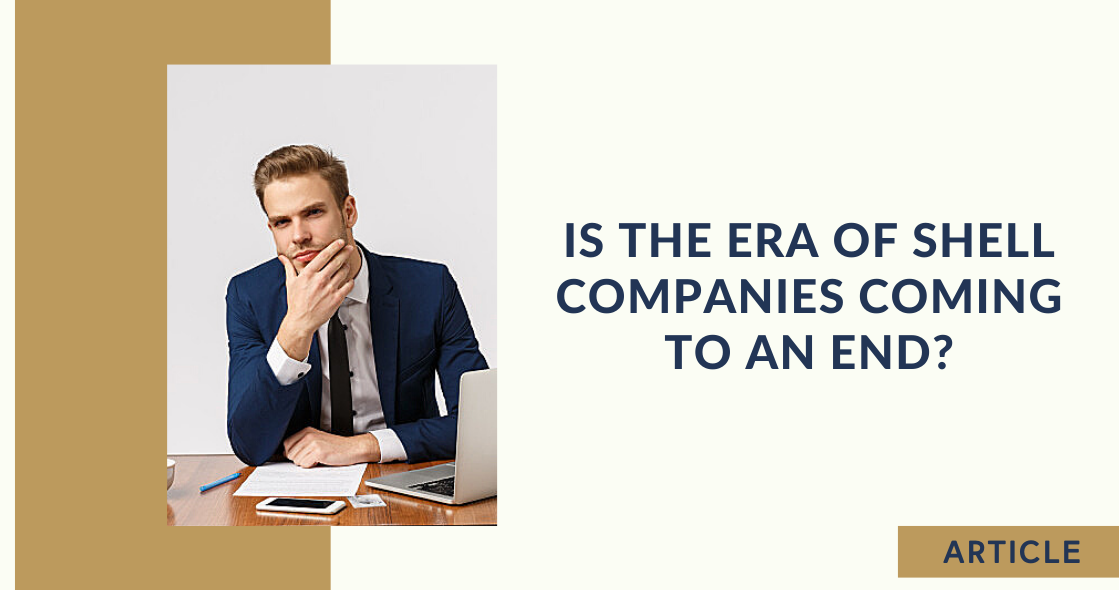 Is the era of shell companies coming to an end?

The Honourable Dr. Orlando Smith, Premier and Minister of Finance has announced that the BVI Government will take all reasonable steps to address European Union concerns about economic substance and a new Legislation is intended to be in force by the end of December 2018 in order to avoid the European Union Black List of Tax Heaven Jurisdictions.

New Substance requirements will be introduced for all Companies and Limited Partnerships registered and being Tax residents of BVI. In accordance with the New Legislation, all Corporate Service Providers registering a Legal Entity under the scope of the Legislation will be responsible to know the county(ies) where that Legal Entity is tax resident and must be ready to provide this information to the relevant Authorities of BVI.

Is this signalising the end of an era for shell companies? Perhaps not. Nowadays, there are many benefits of having and incorporating a company, or any Legal Entity in a non-stereotypical “offshore” Jurisdiction, inside the European Union that actually regulates and follows international reporting standards.

What are the Alternatives?

The Island of Cyprus is conveniently situated on the cusp of three continents; Europe, Asia and Africa. The population of the Republic of Cyprus is approximately 850,000 with the majority residing in the four main towns of Nicosia (the capital), Limassol, Larnaca and Paphos.

As a former British Colony, English is widely spoken throughout the island, with 80% of the population being relatively fluent. The system is structured on its English counterpart and uses common law, with many Cypriot Lawyers being UK trained.

The Republic of Cyprus is a free economic system providing large opportunities for international business and economical tax structuring and is a great location to conduct business.

As a member of the EU Cyprus has quickly gained a name as a reliable, legitimate jurisdiction with some of the lowest tax rates in Europe, additionally to having over forty double tax treaties to help structure international tax planning.

In addition to having one of the lowest tax rates in the EU and other big tax advantages for enterprises, overall it is a simple and straightforward process to incorporate a company in Cyprus.

A corporate checking account may also be opened immediately and therefore Directors of the entity are not compelled to be present in Cyprus.

The following are the various taxes in Cyprus: company tax, personal income tax, Value Added Tax (VAT) special defence contribution tax, capital gains tax (CGT), Immovable Property Ownership Tax, inheritance tax, and stamp duty. There is no withholding tax in Cyprus. This applies to everything; dividends, interest, etc. Once a year, entities are required to file an audited tax return. Additionally, when a Cyprus company disposes shares to the subsidiary or another one among the associated corporations, there’s no liabilities.

Additional benefits of opening a subsidiary in Cyprus are as listed below:

How to Establish Substance in Cyprus?

The main factors to achieving sufficient substance in Cyprus are included but not limited to the following:

Establishing a Subsidiary in Cyprus

The Cyprus subsidiary enjoys all advantages extended to all international business entities. The subsidiary must have the same name as the parent company. The registered Branch of Cyprus must be audited in Cyprus. A subsidiary of a non-resident company must appoint a resident individual or a company to represent it in its dealings with the tax authorities. Even Though the Subsidiary may have its own managers and the directors of the parent company are ultimately responsible for the activities of its subsidiary.

The Subsidiary has to be registered to the Cyprus Tax Department and VAT authorities and Audited financial statements must be drafted and signed by an Auditor in Cyprus.

Section 350 (1) (a) provides that Every overseas company, which has a subsidiary in the Republic, shall deliver in each financial year to the registrar of companies, copies of:

Fortunately, E.U companies shall be exempted from this obligation, by virtue of their status as E.U Member States. “(b) Every company of a member state of the European Union, which, in accordance with the laws of the said state and in harmonisation with the provisions of Directives of the European Union No. 78/660/EEC, 83/349/EEC and 84/253/EEC is exempt, in whole or in part of the above- mentioned obligations, shall be exempt from the aforementioned obligation”. Such exempted companies must deliver to the Registrar a certificate signed by a director and the secretary of the Company stating that it is an exempt company and the law that provides for such exemption. Furthermore, a statement from the relevant authority of the home state providing that the said company is exempted pursuant to the provisions of the said law will also be required.

From a taxation point of view, the branch office in Cyprus will be treated as part of the parent company and not as a separate entity, thus being subject to the Cypriot taxation system. As long as the management and control of the subsidiary takes place in Cyprus then the profits of the subsidiary are subject to the Cyprus Corporate Tax Rate (12%).

Cyprus Law permits the re-domiciliation procedure of companies, allowing a company to transfer its registered office, both in and out of Cyprus. After the company Re-Domiciliation, the Company will be considered as a Cyprus Company and could enjoy the benefits of Corporate Taxation in Cyprus.

There are numerous advantages of re-domiciliation process of foreign companies to Cyprus one of which is of course the acquisition of Cyprus tax residency. Companies are able to obtain the benefits of the domestic tax system, as Cyprus has one of the lowest corporate tax rates (12,5%), and it is part of an extensive double tax treaties circle. Any dividend income, interest income, profits from a permanent establishment maintained outside Cyprus are exempt from corporate income tax in Cyprus. Also, royalties received by a connected company registered in an EU Member State are exempt from tax.

The overseas company will apply for its registration as a continuing entity in Cyprus, under its existing name or under proposed new name, which is acceptable by the Registrar of Companies, provided that its constituent documents allow for such continuation in another jurisdiction.

In addition to the above, a Director’s affidavit confirming the foreign company’s solvency and confirming that he/she is not aware of any facts that may affect negatively the company solvency within 12 months period from the date the application is submitted should be filed.

For further questions on alternative jurisdictions to BVI, contact us, we have local specialists who can help you with any queries.