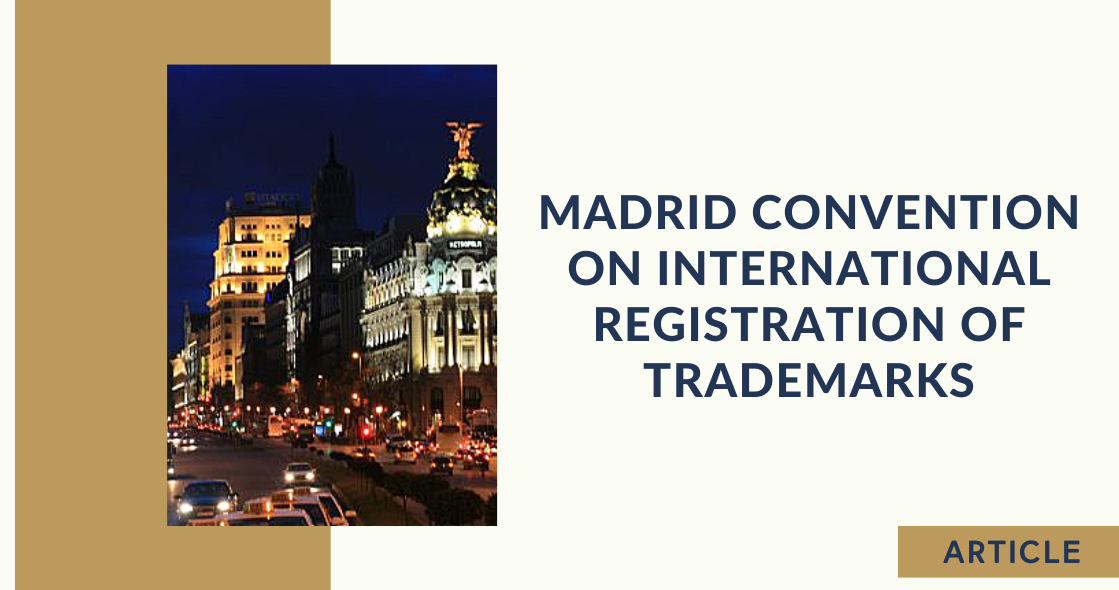 The Madrid System for the International Registration of Marks is overseen and administered by the Madrid Agreement, has been established since 1891, with the Protocol for the Agreement being concluded in 1989.

The scheme was originally designed to make it possible to protect a trademark across a number of jurisdictions by obtaining an international registration that has effect in every participating country. The Madrid system provides a way to grant protection for a trademark in a simple, effective yet relatively inexpensive manner.

The filing of one application with a single office, in one language, with one set of fees, in one currency was the general idea behind the Madrid Convention concept. As well, another benefit is that no local agent is needed to file the application. Once the trademark office in a designated country grants approval, the mark is subsequently protected in that jurisdiction as if that office had registered it and the respective international trademark documents can be issued.

LIMITATIONS OF THE MADRID AGREEMENT FOR INTERNATIONAL TRADEMARKS

The Madrid Agreement was originally intended to provide for an international registration system, but did not achieve this for two noteworthy reasons:

PROCEDURE OF REGISTERING AN INTERNATIONAL TRADEMARK

The procedure for international trademark registration is a fairly simple one. Companies and individuals alike may apply as long as their country of origin belongs to the Agreement or Protocol, as well as any legal entity domiciled or having a real and effective industrial or commercial establishment in a country belonging to either treaty.

The whole purpose of the system is to register a trademark simultaneously in as many countries as the applicant chooses from the list of members of the protocol. So, when the international application is filed, the applicant must designate the countries in which he wishes to seek protection.

The mark for which international registration is sought must first be either registered or filed at a trademark office in one of the member countries. A country that is party only to the Agreement may only designate another member of the agreement, and the same applies to the Protocol.

The Madrid system is run by the international bureau of the World Intellectual Property Organisation (WIPO) located in Geneva; however it is not common place to directly file an international application with WIPO. Alternatively, the application is directly filed with the respective national trademark office, then it is sent on to Geneva after conducting checks to ensure all details coincide with those of the national mark on which it is based.

COSTS ASSOCIATED WITH REGISTERING A TRADEMARK

The cost of registering an international trademark varies depending upon your office location of origin, number of classes and type of mark required. The WIPO website has a fee calculator you may use to calculate any costs associated with the registration. You can find the calculator here.