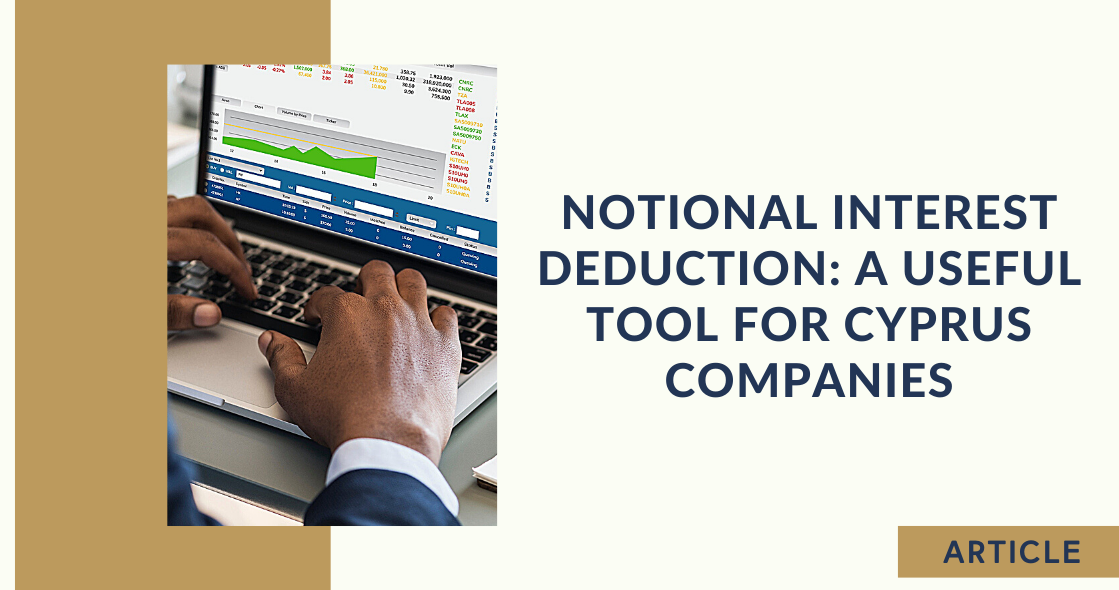 The corporate income tax rate of a Cyprus-resident company is 12.5% on its global taxable revenue, with unilateral credit for related foreign tax suffered. Moreover, non-Cyprus residents are not liable to pay Cyprus withholding taxes on payments. Frequently, the effective corporate tax rate is much lower, or even as low as nil, due to various tax exemptions and allowances.

TAXATION OF A CYPRUS COMPANY

In the case of a holding company, there is currently no Cyprus tax burden for the following assets:

In the case of interest, royalties and other revenue income, a Cyprus business can take advantage of the notional interest deduction (NID) scheme that can significantly reduce the tax burden.

Notional Interest Deduction or NID is an estimated expenditure offered to all Cyprus-resident companies (including non-resident companies with a permanent establishment in Cyprus) against their taxable profit resulting from application of new equity introduced in their share capital. The total NID claimed every year is limited to 80% of relevant taxable profits.

NID is calculated by multiplying all new equity with a reference percentage, and every fiscal year that the new equity remains in place, such NID is permissible.

The reference rate is the highest yield of the ten-year government bond in the country where the new equity is invested, increased by 4%, and the equivalent Cyprus yield also increased by 4%. With the Cyprus reference rate being around 6.6% during last year, the minimum NID that can be claimed in a financial year. Therefore, with suitable preparation, the corporate income tax rate for Cyprus companies can be as low as 2.6% in some cases.

For more information on claiming NID or other tax schemes for companies, contact us, we have local tax specialists who would be happy to assist you.