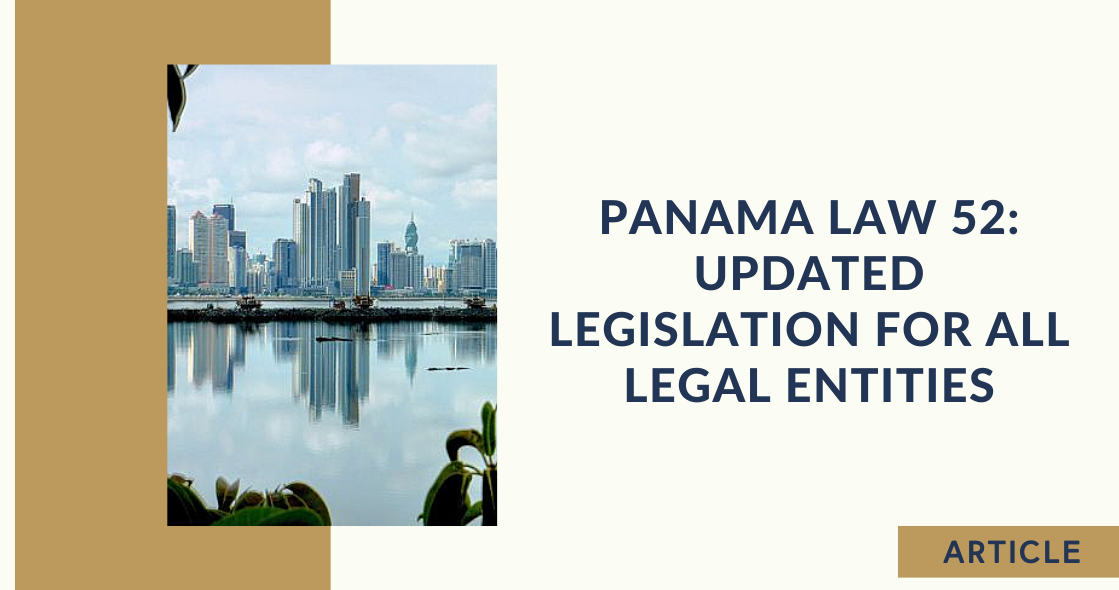 Last month the Government in Panama officially approved Law Number 52; legislation which creates the regulatory framework for the implementation regarding automatically exchanging tax information, in a further attempt to comply with global regulations for tax transparency, and to be fully in line with all supervisory and compliance matters.

Panama have also signed the Convention on Mutual Assistance in Tax Matters of the Organisation for Economic Cooperation and Development (OECD) which allows for the effective exchange of tax information between member jurisdictions. This in turn will increase transparency and therefore help to combat global tax evasion, as well as reaffirm Panamas commitment to the cause. The Government has revealed that the first exchange will take place in 2018.

Law 52 2016 defines the term “legal entity” as any corporation, Limited Liability Company or any other type of entity used for commercial purposes, including private interest foundations. It requires resident agents and service providers to uphold information on where all company records of are being held and details of the individual holding them.

Furthermore, legal entities must maintain their accounting records and supporting documentation for no less than five years from the end of the calendar year within which the transaction took place or the last day after the legal entity ceased operations.

Additionally, Law 52 amends Article 318A of the Panamanian Fiscal Code to permit the Public Registry to begin enforcing the new legislation on all companies that are not compliant with the yearly payment of franchise tax.

As per Law 52, The Panamanian Public Registry will remove all corporate rights of legal entities that:

Once the removal has been registered, a liquidation period of 2 years will begin. Once the 2 years have concluded without reinstating, the Registry will officially strike the legal entity off the Registrar.