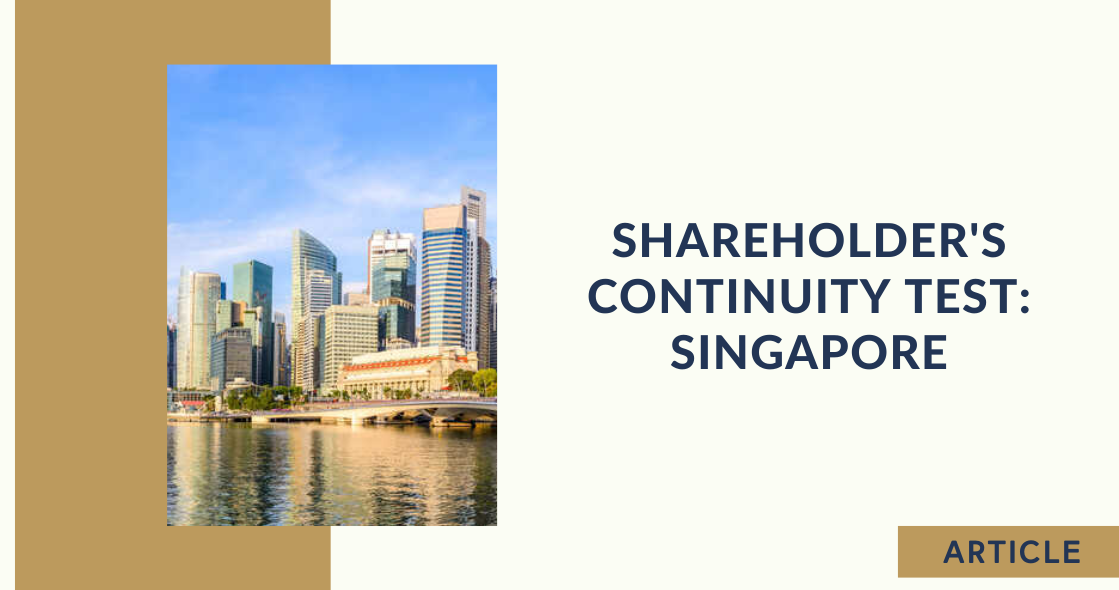 The shareholders’ continuity test holds that the same shareholders must hold at least 50% of the company’s total shares as at both the relevant dates. If the test was not fulfilled, the losses would be dismissed permanently unless a waiver to fulfil the test is obtained from IRAS.

NO SUBSTANTIAL CHANGE IN SHAREHOLDINGS

The relevant dates will be the last day of the year in which the losses incurred and the first day of the Year of Assessment (YA) in which losses are to be deducted.

The Comptroller normally requires  the company to furnish a certificate from its external auditors to confirm that there is no substantial change in its ultimate shareholders on the relevant dates.

If a company with unabsorbed losses is a subsidiary, where the shares of a company are held by or on behalf of another company, the share will be deemed held by the shareholders of the latest company. IRAS views that a trace should be made all the way back to the ultimate shareholdings of the loss company.

Lastly, for the purpose of the application, any part of a share of a shareholder that is not fully paid up is disregarded. The part to be disregarded is the unpaid amount of the share dividend by the total amount payable in respect of the share.

Nevertheless, if there is a substantial change and the change was not to derive any tax benefit, the company can apply to the Comptroller for a waiver of the “Shareholders Continuity Test” under Section 23(5) and 37(15).

The IRAS has clarified that the following situations does not give rise to deriving any tax benefit:

a) Nationalisation or privatisation of a government-owned enterprise.

c) Change carried out for genuine commercial reasons and not tax-motivated, e.g. as part of a company rescue package.

TAX CONSEQUENCES OF A WAIVER

When a waiver is granted, the company can deduct unabsorbed losses against the gains or profits derived from the same trade or business in respect of which they arose. This is to prevent companies from shifting profitable activities to loss-making concerns taken over for the primary purpose of avoiding tax.