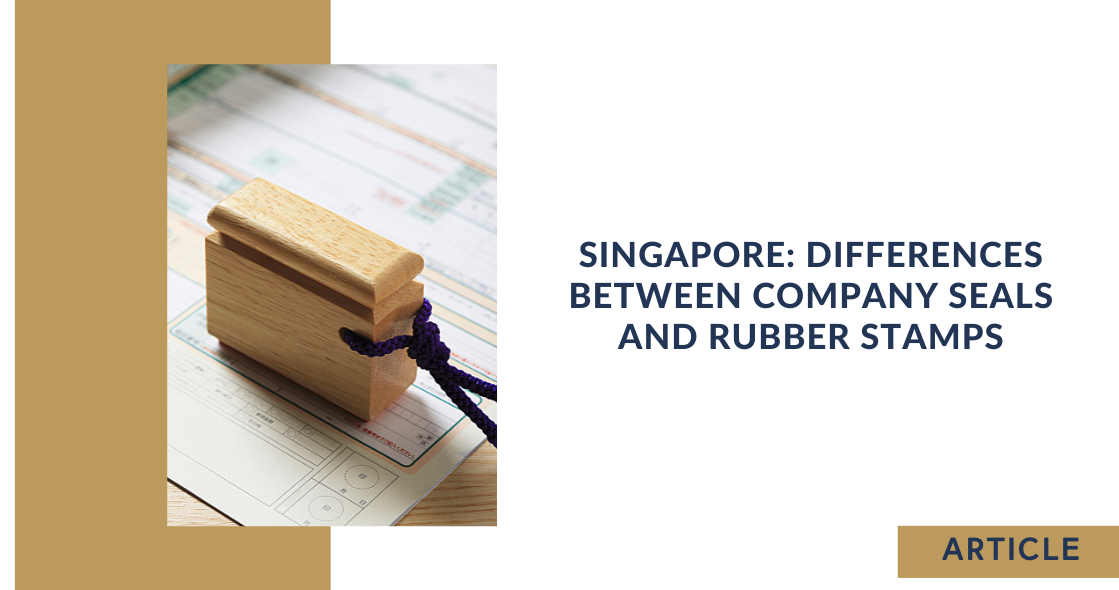 Singapore has a developed economy, free from corruption and low taxation, attracting many people who want to do business in Asia. After registering the company, the owner receives a standard set of documents, which includes a company seal and rubber stamp. This article will review the differences between seals and stamps and learn the nuances of their use.

The company seal, also known as the official seal, is primarily used in common law jurisdictions such as Singapore. It is the official seal used by a company to authenticate documents such as share certificates, contracts, and title deeds.

At a minimum, the company seal contains the name of the company. It usually also includes the registration number. The seal is metallic and is used for embossing documents.

When should it be used?

Company seals are used for contracts that are required by law to be in writing and with a seal. For example, when a company issues a document as a certificate of ownership registration, usually in documents related to banking and real estate transactions.

Under section 41B, a company may enter into an agreement without the use of the official seal if signed:

1. By a director and secretary on behalf of the company;

2. By at least 2 directors on behalf of the company; or

3. By a director on behalf of the company in the presence of a witness certifying the signature.

If a document is to be signed by a person on behalf of more than one company, then such person must sign the document separately in each position. Otherwise, the paper will not be considered signed.

Therefore, the need for a company seal in Singapore is gradually disappearing.

A rubber stamp is a stamp used by companies to certify documents.

As a rule, the stamp includes the company's name, registration number and postal address.

When is it used?

Under section 144(1A) of the Companies Act, the company registration number must be legibly indicated on all business letters, account statements, invoices, official notices and publications of the company or publications issued by the company, which must be made public or signed by it or on behalf of the company.

If you have any questions regarding the above information, company registration and relocation to Singapore, Eltoma specialists will be happy to answer them. You can contact us by any phone number listed on the site or via e-mail. We are waiting for your requests!