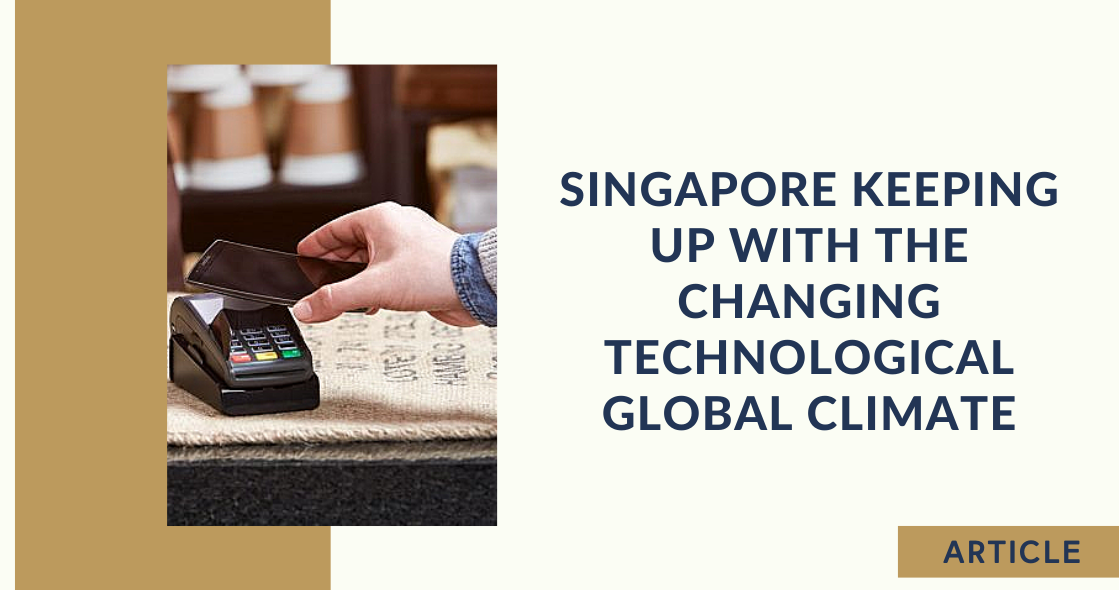 Singapore Keeping Up With the Changing Technological Global Climate

On horizon of new technologies in Singapore and their progressively prevalent role in the daily lives of residents have started shaping developments over the past year and has in turn shaped a new set of new opportunities in the city-state, amid somewhat economic uncertainty in Asia.

While the crypto-frenzy has significantly cooled down so far in 2019, with values in currencies like Bitcoin falling; meanwhile Fin-tech has continued to snowball, pioneering the likes of blockchain technologies, digital wallets and mobile applications.

According to a study by the National University of Singapore, Since the launch of the DBS PayLah! App in 2017, the number of mobile payments in Singapore has grown exponentially. An interbank micropayment application called PayNow currently has 2 million users, actively transferring funds between the 6 major banks in Singapore.

Transport in Singapore has been revolutionised by replacing paper parking tickets that can all be paid for and recorded electronically. Grab and Lyft have modernised and simplified the process of hailing a cab in a safe way that is usually even a lot cheaper than the typical cabs.

Robots and AIs as hotel staff and even police have been developed and implemented in controlled areas. However, it’s not only menial or repetitive jobs that robots are taking over; technological innovations have also introduced new roles such as social media influencers, data analysts and professional gamers were almost unheard of several years ago.

In this new digital age, assumptions and traditions no longer ring true. This has huge implications, not only for Singapore but Asia and the globe in general. The development of a dynamic and networked economy, where goods and services can be shaped and traded rapidly, has led to a new business mode of operation.

While online businesses like Alibaba and Taobao are definitive examples of an effective platform strategy in play. More traditional businesses in Singapore can also apply such approaches to their business by observing other companies as potential partners in a business ecosystem, rather than looking at them as competitors, clients or suppliers etc.

While contemporary school programmes have already incorporated these ideas into their curriculum, anyone not up-to-date with the latest developments in Fintech may be falling behind as Singapore enters the new age.