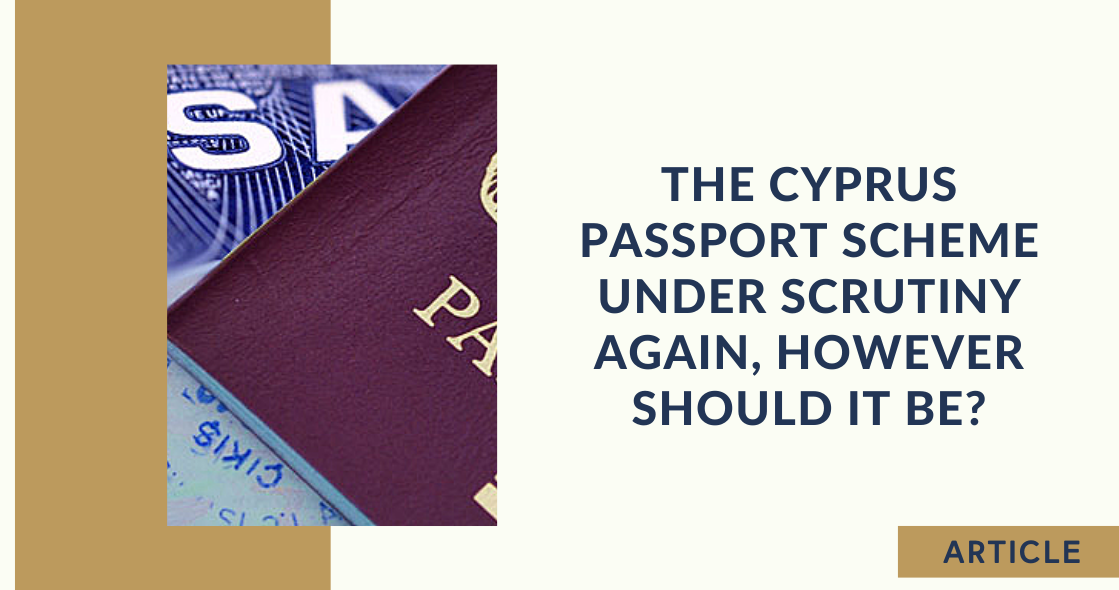 The Cyprus passport scheme under scrutiny again, however should it be?

A number of recently released documents show that the Cyprus passport by investment or naturalisation scheme remains a profitable source of revenue for the island, making almost €5 billion since it started in 2008 and granting EU citizenship to 1,654 foreign investors and their families.

The disclosures are seeming to revive concerns about wealthy Russian Politicians with connections to Russian President Vladimir Putin ‘purchasing’ EU passports. Large numbers of the Russian and Ukrainian elite featured in a list of hundreds of names who were given Cypriot citizenship over the past four years.

Cyprus and Malta are two European countries that are attracting the most interest from critics of the scheme due to Cyprus being the jurisdiction granting the highest number of passports. Opponents of the scheme are also alluding to the prospect of using potentially recycled or laundered funds to keep Europe a float.

The new bombardment of scheme beneficiaries obtained by the OCCRP confirms the extent to which Cyprus’s citizen-by-investment programme has become a main avenue for Russian nationals wanting to obtain a European passport.

Donald Tusk, EC President stated that the EU members selling citizenship should conduct “the severest of checks” on investors. The source of wealth and background of the applicants need to be examined. If not, there is a chance that the EU in general could be made vulnerable to those who will use these schemes to move freely and illegally around Europe.”

The Cyprus finance ministry has reiterated its previous statements of carrying out rigorous checks on all citizenship by investment applications, with funds required to go through money laundering controls by a Cyprus bank. Cyprus is not the only EU country to have granted citizenship to Russian HNWIs it says to which there is no suggestion of misconduct or offense on the part of beneficiaries.