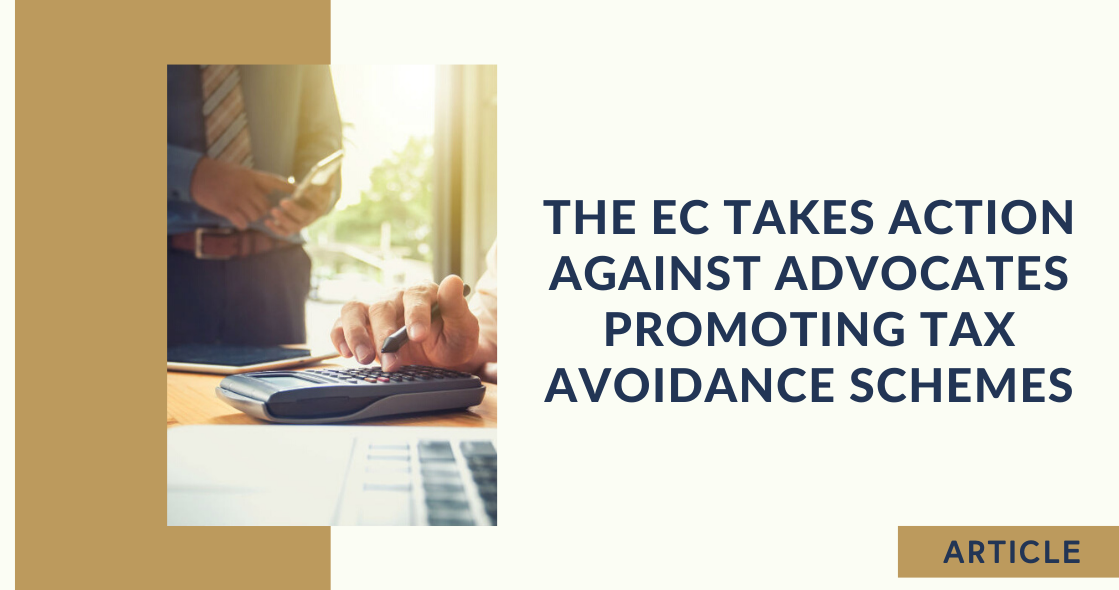 The European Commission has recommended the implementation of a new regulation regarding companies or intermediaries who promote or design cross-border tax planning schemes will going forward be required to provide full disclosure to the tax authorities of their relevant jurisdiction within five days of offering them to clients.

The proposals seek to amend the existing Administration Cooperation Directive which covers all taxes, not only corporate tax, but also inheritance tax.

A set of standard tests will be used to determine whether a particular tax planning scheme falls under the rules or not. This is the same methodology used in DOTAS regime (the Disclosure of Tax Avoidance Schemes) which is already in force in the UK. Portugal and Ireland also have similar national regimes.

The Commission’s provisional tests will include the following benchmarks:

The duty to report a tax planning scheme will fall on intermediaries themselves. If the intermediary offering the scheme is not based in the EU, or is bound by professional privilege or secrecy rules or if the scheme has been developed in-house by a corporate body, the obligation passes to the taxpayer.

All schemes reported to the EC under the new regime will be recorded on a central database, which will be available to the tax authorities of all EU member states. The idea is to give government’s early warning about new avoidance risks, so that they can take pre-emptive measures against them. This, says the Commission, will also act as a deterrent for those that promote aggressive tax planning schemes: intermediaries are less likely to design arrangements that will be blocked before they can be implemented. The amendment requires member states to implement ‘effective and dissuasive’ penalties for companies that do not comply with the new measures, which are expected to come into force in early 2019. The EU’s Commissioner for Economic & Financial Affairs commented: “Our proposal will provide more certainty for those intermediaries who respect our laws, and make life very difficult for those that do not.”

Adoption of the Directive will be a matter for the EU Council of Ministers having a majority voting, said TEP Chairman Mr Frimston. The EU Parliament would not take any part, although it would be consulted and its views would be considered accordingly.