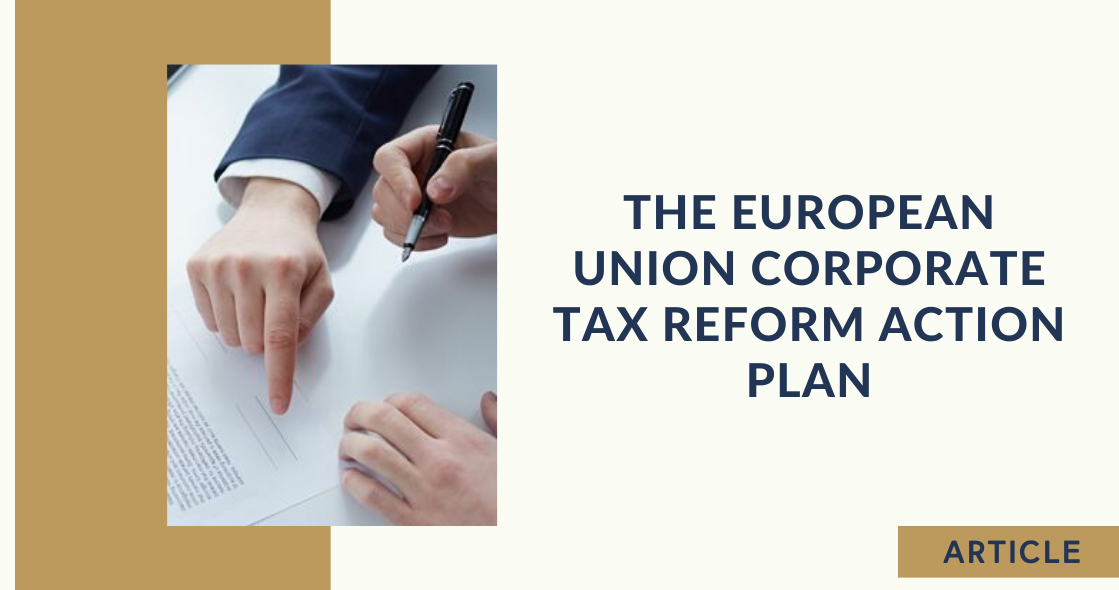 On 17th June 2015 the European Commission has presented the Corporate Tax Reform Action Plan which signifies the second and more comprehensive step towards remodelling corporate taxation in the European Union.

The Action Plan includes three key actions and a framework to ensure effective taxation where profits are generated. According to the Commission: “This will allow member states to progress more quickly on securing the common taxable base.”

The three key actions as realised by the Commission are:

The Commission will re-launch its suggestion for a Common Consolidated Corporate Tax Base (CCCTB), as a comprehensive solution to corporate tax reform. The CCCTB can considerably improve the Single Market for corporations, while also preventive chances for corporate tax avoidance. Discussions are currently postponed on the Commission’s 2011 proposal for a CCCTB. Nevertheless, there is a general accord that they need to be revived, given the key benefits that the CCCTB offers. Efforts will begin immediately on a new proposal to present a compulsory CCCTB which help Member States to progress more quickly on securing the common taxable base. The Commission will present its new suggestions as early as possible in 2016.

The Action Plan sets out the notion that companies should pay a fair share of tax in the country where they generate their profits. For example, the Commission is suggesting actions to close legislative gaps, improve the transfer pricing system and apply firmer guidelines for offshore tax regimes. These proposals should also help to develop the continuing discussions between Member States to outline and agree on an EU approach to effective taxation. The Action Plan is trying to achieve this without harmonising corporate tax within the EU.

Another important aspect of the Action Plan is the development of a greater tax transparency not only within EU, but with third countries as well. This is a continuation of the measures already included in the Tax Transparency Package, adopted in March. The Commission has already published a pan-EU list of all third countries which are considered to be tax heavens and shows no cooperation in relation to tax issues. This list can be used to monitor offshore tax jurisdictions and develop a common EU plan to deal with them.

The Commission is also introducing a public discussion to gather opinions on whether certain tax information should be disclosed by companies through Country-by-Country Reporting (CbCR).

The OECD is welcoming the release of the Action Plan. According to OECD Secretary-General Angel Gurría: “Initiatives like the Commission’s Action Plan will help foster a co-ordinated implementation of the measures developed in the course of the BEPS project. A globalized economy needs single global standards.”