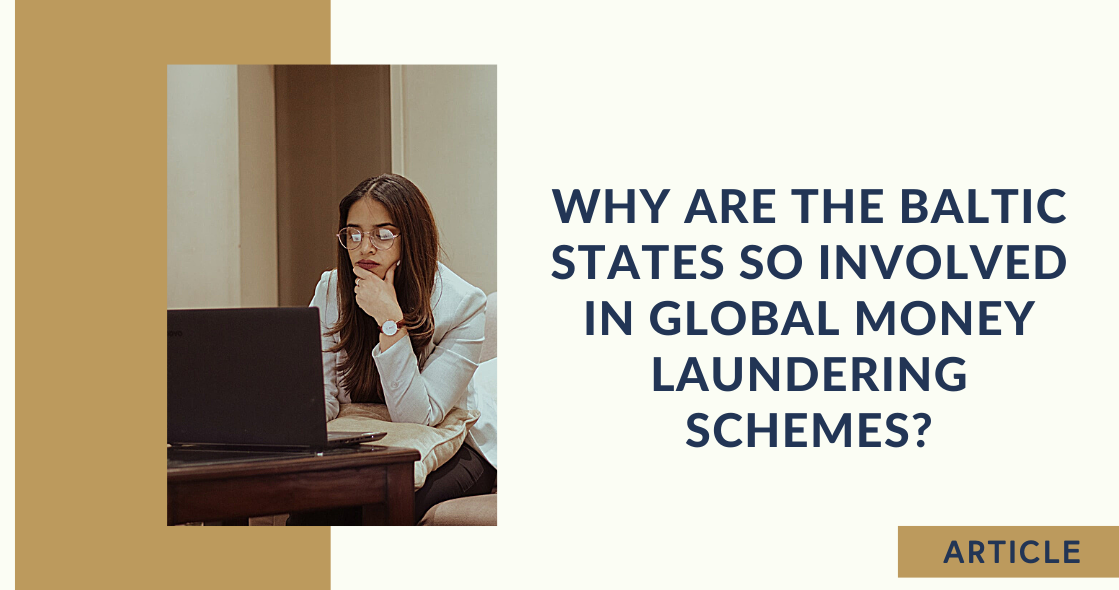 Why Are the Baltic States So Involved in Global Money Laundering Schemes?

The Baltic States are always being mentioned in the tax news world for their latest involvement (some more directly than others). With Svenska Handelsbanken AB, Sweden’s biggest lender of assets being no exception; the bank recently had its business in Latvia, Estonia and Lithuania investigated.

This prompted a successive round of new allegations about some of the largest Nordic banks being involved behind the scenes in indirectly channeling dirty money through their Baltic locales.

Anonymous shell companies have been used to pay school fees for the UK’s most prestigious private schools. Millfield Boarding School received payments for a pupil attending the school from a company called Valmont Properties Ltd via a Latvian bank.

This could be the tip of the iceberg; payments from dozens of companies totaling USD $20B or higher. Officials have been finding trails of vast sums of laundered Russian money throughout eastern Europe leading to fur brokers and even Bond Street jewelers.

WHY DOES THE TRAIL ALWAYS LEAD BACK TO THE BALTIC STATES?

Now we are seeing a pattern of type of roles the Baltic States are directly or indirectly involved in such schemes. But how did vast sums of potentially dirty money flow so feely into and out of western banks without raising suspicions until recently?

The first details emerged in public about the scheme in 2013, via the Organised Crime and Corruption Reporting Project (OCCRP), a highly qualified independent cooperation of investigative journalists, backed by the US Department of State.

Last week, it was revealed that Swedbank AB was involved in the Estonian money-laundering case that has overwhelmed Denmark’s Danske Bank A/S for figures in excess of EUR €200 billion. A spokesman for Stockholm-based Handelsbanken, says the bank made the decision to distance itself from the Baltics in its marketing campaign.

Before it was exposed, the arrangement was one of several operations that have allowed the rich to lift money out of the country to spend in the west. These are not small-scale operations; according to a report by Deutsche Bank, GDP £140B in illegal revenue has been spent in the UK over the last few years; a considerable portion of which came from Russia – whose economy is flooded by organised crime.

The funds from Valmont Ltd and dozens of transactions like it went to major territories such as the US, China, South Korea, France and Germany. Including smaller jurisdictions such as Denmark, Slovenia and Finland.

Last week, after the Estonian Government asking Danske Bank to leave the country, the Danish bank said its removal from all 3 Baltic nations and Russia. Financial analysts are starting to advise investors to purchase Danske shares again following observations that the lenders management are taking steps in the right direction.