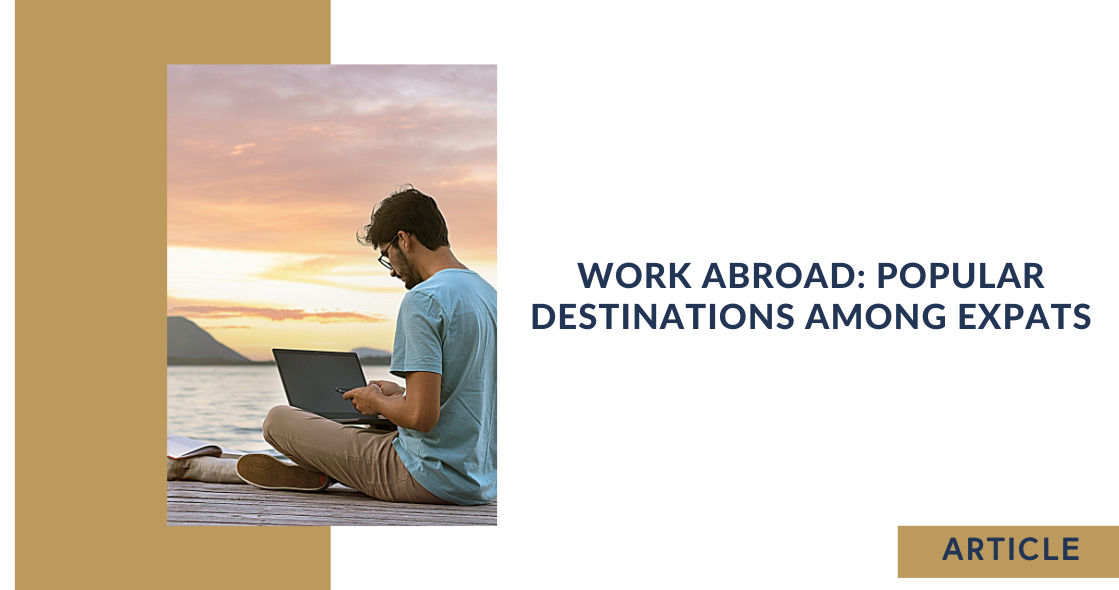 We always dream of getting the best: the best vacation, the best entertainment, the best places. But, no matter how difficult it may seem in the modern world, you can choose where and how to live, who to be and what to achieve.

Expats are people who do not live where they were born and not in the country whose citizenship they have - this is a separate class of people who follow a prestigious job and a comfortable life. But, whether working for international corporations or themselves, expats have the opportunity to choose a new home for themselves and their families. And among many countries, they choose those that they like.

Those who would like to live and work abroad often choose countries such as Mexico, Indonesia and Taiwan, while New Zealand and Hong Kong are among the most unpopular destinations. At least, that's what the Expat Insider survey conducted by InterNations indicates.

Singapore and Malaysia could also be part of the destinations to consider as Singapore ranks a respectable 10th with its neighbour in the top 20. Vietnam and Thailand are ranked 7th and 8th; the Philippines lags behind the top 20 at 21st, and India is ranked 36th.

According to the data, generated from 12,000 expats across 52 destinations, Mexico, Indonesia, and Taiwan are ranked the top three places to live and work as seasoned expats find the quality of life and the ease of settling in, for instance, positive.

Looking at Indonesia, analysts discovered that, beyond settling in, close to two in three (64%) seasoned expats say that their disposable household income is "more than enough" to lead a comfortable life. On top of that, housing is "easy to find" (84%) and affordable (74%). That said, the expats are said to be unhappy with the quality of medical care (28%), the availability of green goods and services (35%), and the infrastructure for cars (40% vs. 13% globally). Overall, 91% of expats are happy with their life in Indonesia, hence the 2nd position.

With regard to Singapore, seasoned expats find it easy in dealing with the local authorities (63%) and opening a local bank account (81%), for example. As well, they are contented with the availability of public transportation (97%), the accessibility to all the healthcare services they need (84%), and the safety of country (99%). That said, seasoned expats are "unhappy" with the general cost of living in Singapore (although close to nine in 10 feel that their disposable household income is enough or more than enough to lead a comfortable life). Other smaller forms of unhappiness are derived from situations such as local residents being unfriendly towards foreign residents (22%).

In 10th place, 73% of expats are happy with their life in Singapore.

Looking at Thailand, seven in 10 (70%) seasoned expats are happy with their personal finances there. As well, they are happy with their social life (69%) – with more than half (52%) saying that "making local friends is easy" – and with culinary variety and dining options (90%) as well as the quality of medical care (85%). However, less than half (45%) had rated the air quality negatively.

In 8th place, 77% of expats are happy with their life in Thailand.

As for Hong Kong, seasoned expats are unhappy with the general cost of living (68%). Almost half (46%) also find creativity lacking in the local business culture. That said, seven in 10 (70%) said that moving to Hong Kong has "improved" their career prospects.

Seasoned expats' unhappiness in Hong Kong also stems from how they feel about not being able to "openly express themselves and their opinions" (56%), and the urban environment (33%). Be that as it may, the expats are contented with the availability (96%) and affordability (93%) of public transportation, for example.

Ranked in the bottom three, 56% of expats are happy with their life in Hong Kong.

For further information on immigration to Singapore, Hong Kong or other destinations contact us, we have specialists who can help with these matters. We are waiting for your requests!